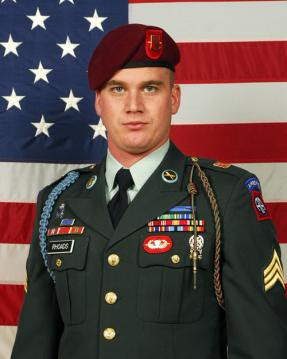 FORT BRAGG, N.C. — Military officials are investigating the death of a soldier whose body was found Sunday night on Fort Bragg.

Rhoads is survived by his parents, Gerald and Karen Rhoads, a brother and a sister, all of Philadelphia.
http://www.armytimes.com/news/2008/03/ap_braggdeath_030408/
Posted by Kathie Costos at 5:35 PM