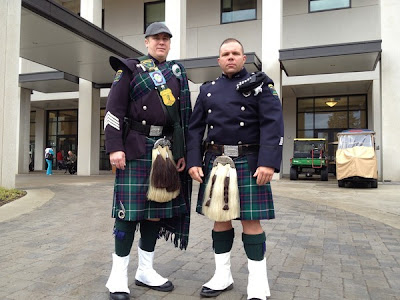 Credit Mike Tessitore
To show their appreciation, 35 members of the Eastern Long Island Police Pipe and Drums band headed to Washington, D.C., on Friday to perform at the Walter Reed Hospital for wounded veterans.

"We wanted to show them that we appreciate their sacrifices," said Kevin Gwinn, the founder and drum major of the band.
read more here
Posted by Kathie Costos at 7:53 AM