Wayman served two tours in Saudi Arabia, including during Desert Shield and Desert Storm. He also deployed twice to Iraq and once to Kosovo. 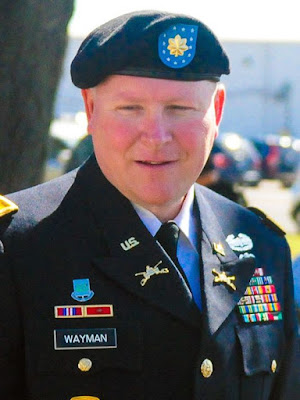 The Army on Friday released the name of a soldier who died Saturday from an apparent self-inflicted gunshot wound.

Maj. Troy Donn Wayman, 44, was found in his home in Nolanville, Texas, near Fort Hood. He was pronounced dead by Bell County Justice of the Peace Bill Cooke shortly after 10 p.m. Saturday, according to the statement from First Army Division West officials.
read more here
Posted by Kathie Costos at 7:52 AM