Partridge added that Oxford police were notified by the Heflin, Ala., Police Department, which initiated the pursuit, that the suspect was armed, suffered from post-traumatic stress disorder and had made suicidal threats in the past. He could not confirm whether Lambert was a military veteran. 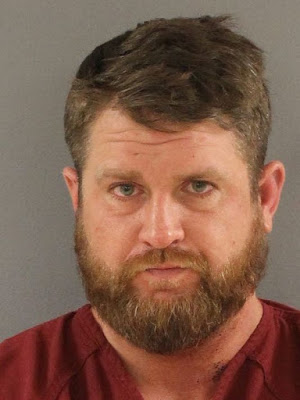 A Knoxville man who fled the state after an alleged assault on a Knox County sheriff's deputy was fatally shot by police in Alabama following a pursuit Wednesday, authorities said.

Micah R. Lambert, 37, was killed when he attempted to charge officers with his SUV, according to Oxford, Ala. Police Chief Bill Partridge.

The chief said Lambert was wanted on a charge of aggravated assault on police officers in connection with an incident earlier this week in Knox County.


"Lambert had been reported missing and had left a friend's house with a loaded handgun after making threats to harm himself, according to the report.

"Mr. Lambert had left his dog with his friend and signed over the title to his vehicle before leaving," the report states.
read more here

Posted by Kathie Costos at 3:28 PM