SWAT Standoff in Texas With Veteran

SWAT called after man barricades himself inside home near Baytown
KHOU
Staff
April 08, 2017

HARRIS COUNTY, Texas - SWAT officers were called after a man barricaded himself inside a home near Baytown Saturday evening. 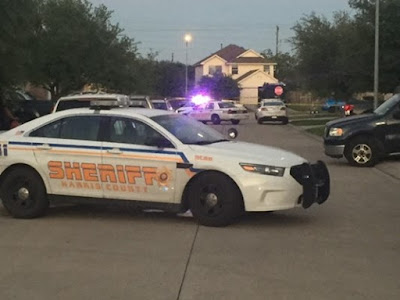 Officers responded to the home on Crossvine Avenue. Harris County Sheriff's deputies have blocked off nearby streets in the neighborhood.

The man's girlfriend told authorities he locked himself in a bathroom and threatened to harm himself. The girlfriend said he was armed with a gun.

The woman said he formerly served in the Army and suffers from Post Traumatic Stress Disorder.

We have a crew at the scene and will update this story as more information becomes available. go here for updates
Posted by Kathie Costos at 7:34 AM