A lot of requests to review books and videos come in. Most of the time, they are not worth sharing or even taking the time to slam. This morning I opened a link to something that I found, not only powerful footage of life for Marines in combat, but what it is like for them to come home and fight a battle they were never prepared to win.

From War to Wisdom
Vision Films


The most decorated Battalion in Marine Corps history, Veterans of Fox 2/5, discuss the psychological injuries of war—and the unexpected trauma of returning to civilian life after the accolades of their successful battles have ended. 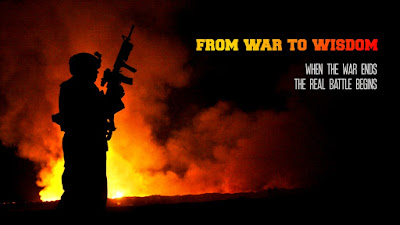 A banjo plays while troops walk slowly in front of the flame of an explosion.

And then things changed. Film from Marines waiting on the boarder of Iraq, playing cards, reading and chilling out with gas masks on until they heard "all clear" and could take them off.

Formation in the sand. Training in the heat. And then joining together for a talent show. They waited until the orders came to go and create destruction of enemy forces knowing they may never return home again.

From facing the unknown of war to wisdom living with what it produced within them, From War to Wisdom film will resonate with all generations of combat veterans.

"Marines don't fight for an administration or country or flag. Marines fight for Marines."

"Mission accomplished" was declared in 2003. And then they went back home without warning of what it all cost them.


"We had this identity of Black Hearts and that's who we had to live up to."

Then they went back to Iraq. Everything had changed from the time they liberated Kuwait and were thanked for freeing the Iraqi people from the brutality of a dictator. They were targets.

"But after a couple of days of being home it was... like fucking now what?"

The only part of this film I had a problem with is this.

This is the latest number released by the Department of Veterans Affairs. It follows how many OEF and OIF veterans came home. The previous study of 2012 with the number of "22 a day" had the chart. 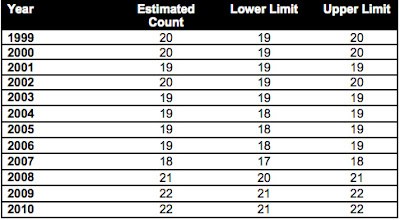 After 35 years of watching them suffer in silence, families like mine trying to make sense of a war that became our battle to fight, this film is a powerful weapon to help us help them live after war.

Maybe that is the most important part of the wisdom we can gain from all of this. It is a war for us to fight for them. We cannot win it without understanding what this enemy does. We cannot defeat it with bumper sticker slogans or fictions of numbers instead of remembering each one had a family, friends and another military family they served with.

Knowing that these men and women had survived combat, returned to us, but then battled to stay with us in what was supposed to be the peace at home. Talking about the saddest casualty of all, is not changing the outcome. They need to know they do have the power to heal. We just have to give them the training to do it.

Posted by Kathie Costos at 8:06 AM