Firefighter's Suicide And Those He Left Behind

Ritchey died just months after the department launched new programs to prevent suicide amid a growing awareness that the job's repeated exposure to trauma and stress can have significant impacts on mental health. 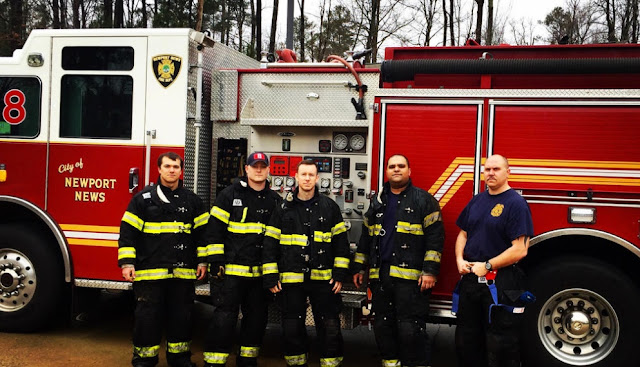 "Mike" Ritchey knew how to make people laugh.
The Newport News firefighter-medic's crew said they first thought he was shy. Then he'd catch them off guard with witty comments, sometimes said during the most inappropriate times.


Capt. Eric Alberti remembers such a time at a recent house fire. His crew, Station 8, B-Shift, responded to a call that was initially reported as gunshots. But when police searched the area, they didn't find a shooter. They instead found flames coming from a house.
Alberti and Ritchey went inside the home and up the stairs where the smoke was so thick Alberti said he couldn't see in front of his face. He said he was a little more alert than normal because of the unusual circumstances of the call. "Shootings don't normally turn into structure fires," he said.
He wanted to keep Ritchey close.
"I kept calling him ... every 15 or 20 seconds," he said.
"Why do you keep calling me," Alberti remembers Ritchey asking in an irritated tone as he appeared through the smoke still spraying water on the fire. Alberti told him he was concerned they could get shot.

John Michael Ritchey, 33, of Newport News, died by suicide on July 15. He began his career with the department in 2011 and most recently was assigned to Engine Company 8 on J. Clyde Morris Boulevard.read more here

Posted by Kathie Costos at 8:35 AM

Email ThisBlogThis!Share to TwitterShare to FacebookShare to Pinterest
Labels: firefighters and PTSD, suicide