Can't Find Good News? Are You Looking For It?

Editing videos and trying to play catchup, but wanted to share these stories I read earlier today. So many people think that there are no good news stories, but this should prove that if they don't find them, they must not be looking for them. 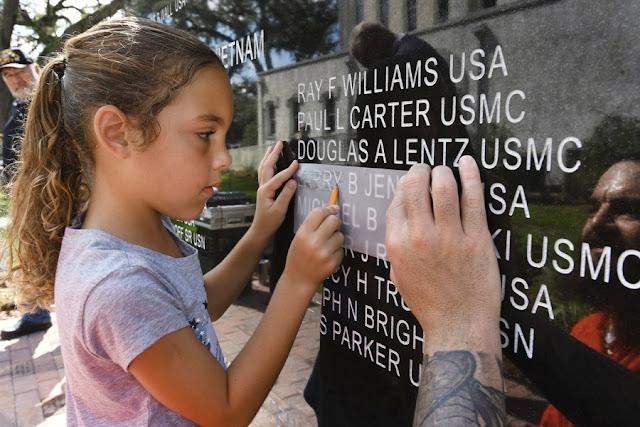 "The monument in the heart of Green Cove Springs will ensure that the memories of people like Coleman will live forever. The $82,000 sculpture was built with money raised from individuals and charitable organizations with no financial assistance from the government."

"The truth is Bauders, 25, killed himself at Al Asad Air Base less than a month after arriving for his first tour in Iraq. Horton believes the way he was memorialized, and the way his death was investigated, reveal that while the military has put an emphasis on combating veteran suicides, it's still struggling to change the cultural stigma around mental health for active soldiers."


"Norwood Thomas set a record Sunday while skydiving. Two days after his 95th birthday, Thomas became the oldest person to jump out of a plane at Skydive Suffolk." #inspirational

"Now, they’ve set goals for its expansion. They’re acquiring new watercraft for the rental fleet, including pontoon boats, canoes and stand-up paddleboards. They hope to add a playground for children and resources for ice fishing, and eventually open a waterfront restaurant. They’ve also renovated the front office and begun stocking it with concessions such as beer, wine and custom-roasted coffee, as well as a bigger array of fishing tackle." #inspirational


Ten years ago in combat in Iraq, Vaughn came incredibly close to dying, but didn’t. As remarkable as his survival and recovery were, his Army buddies weren't surprised. "If anybody's going to get shot in the face and live to tell about it, it's going to be Chance ... Vaughn," said Cody Chandler, of Kaufman, Texas, a former comrade in arms who attended the party." #inspirational

For one father, new Global War on Terrorism memorial in Georgia triggers emotions

"John Henderson Sr. paused, then kissed the index finger on his right hand before running the finger across the name, starting with the “Jr.” at the end and working right to left.""It was like he was going backward — a mental and emotional rewind after more than a dozen years of pain."

Posted by Kathie Costos at 4:24 PM