Disabled Veterans Reaching Out For Help

A disabled former police officer and U.S. Army veteran is now calling a small fifth-wheel camper home in northern Highland County.He met with The Highland County Press this week inside his Big Sky Montana camper parked in a rural area on private property between Leesburg and Greenfield.
find out how to help here

LANSING, Mich. - A disabled veteran is in the fight of his life as the country he fought to serve and protect is fighting him for a massive sum of money. 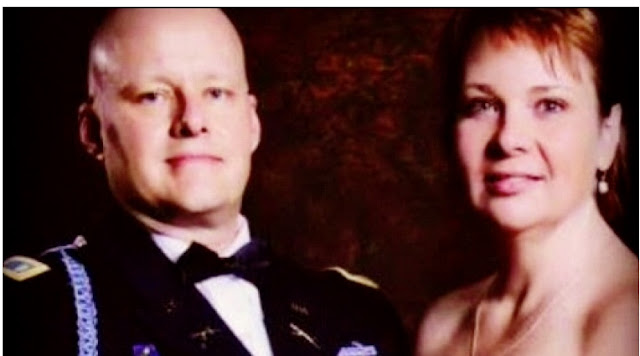 William Milzarski, 46, is a highly decorated, disabled Michigan Army veteran, but now he's being forced to take on a new battle. The IRS has left him with a financial burden he struggles to carry.
Many college graduates know the crushing weight of college debt. Milzarski said he succeeded in getting his debt canceled, but the IRS still has its hand out.
Milzarski served three years as an engineer during the first Gulf War before he left the military, finished law school and became a top state of Michigan disability advocate.
find out how to help here

ANDERSON, Ind. -- A disabled veteran in Anderson is frustrated after he says a non-profit organization took on more than they could handle and left him with an unfinished home with lots of projects to complete. 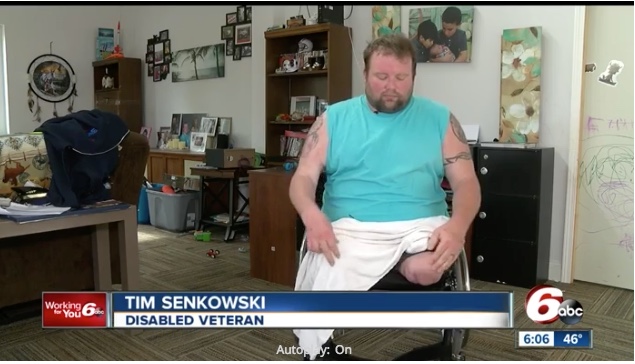 Tim Senkowski lost both of his legs to a buried explosive while serving in Afghanistan.
“I lost both my legs – they cut right above the joints. I lost half my bicep, three-quarters of my triceps,” said Senkowski.
After he returned home to Anderson, he was put in touch with a local non-profit veterans group called “The Path Home.” Organizers there offered to build he and his family a house with donated time and resources.
But the process was slow, Senkowski said it took four years for him to get the keys to his new home – and it was still incomplete.
find out how to help here
Posted by Kathie Costos at 4:35 PM