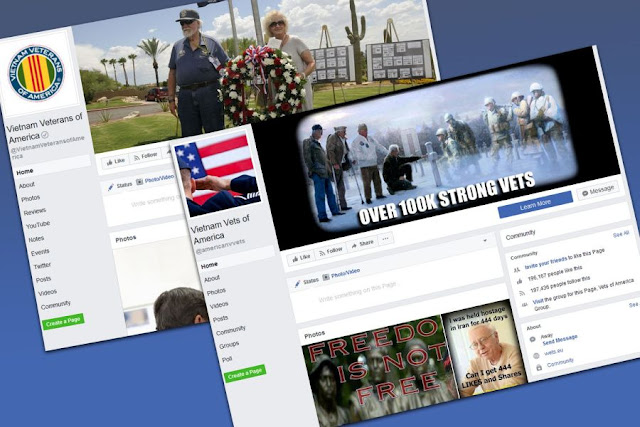 WASHINGTON – Facebook Inc. disabled a page on its social media platform Tuesday after determining it violated the intellectual property of a congressionally chartered veterans service organization.

The company shut down the page Vietnam Vets of America, which created politically divisive posts and had a following of nearly 200,000 people. That’s tens of thousands more than the number following Vietnam Veterans of America, a page run by the veterans service organization of the same name that accused the other page of being an “imposter.”
Vietnam Vets of America violated a section of the social media network’s Statement of Rights and Responsibilities about protecting other people’s rights, said a Facebook official who spoke on the condition of anonymity because the information had not been publicly released.
The action comes months after Vietnam Veterans of America alerted Facebook’s security team.
“We’re glad to see that Facebook is taking seriously the fact that agents outside the U.S. are targeting veterans on social media,” said John Rowan, president of Vietnam Veterans of America.
read more here
Posted by Kathie Costos at 4:45 PM