KOAA News
Alasyn Zimmerman
October 22, 2017
Todd and Shelly Wibeto have known they've wanted to get married for awhile, but there were several things in their way. 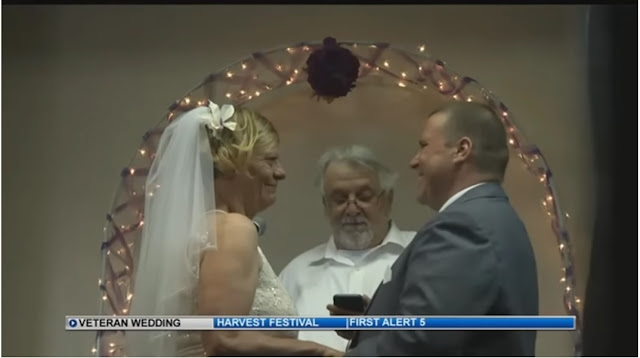 Both Todd and Shelly were homeless, they met at a shelter in Denver and became friends, and it blossomed into something more.
Homeless and not sure where to turn next, they both hoped for the best as they sought local resources for help.
Todd Wibeto served in the Navy and when we found out about the El Paso County Homeless Veteran's Coalition 'Stand Down' event, he decided to stop by.
The event gives homeless veterans several resources including haircuts, new clothes, health screenings, and opportunities to learn about jobs and housing.
In addition to the actual event, about 25 people or a few families are selected for a Transitional Housing Initiative (THI) where they stay in a hotel for a month and by the end of it, many of the participants find permanent homes.
When Todd went to the event, he was unsure what we would walk away with, 'I said if we get lunch, that will be good enough,' said Wibeto.
Turns out, the selection committee had something bigger in mind.
Posted by Kathie Costos at 4:49 PM