Homeless veteran rushes to save victim after life-threatening car crash

Travis Wilson was simply signing up for housing when the homeless veteran heard a boom nearby and rushed to the aid of a bloodied victim in a serious car accident. 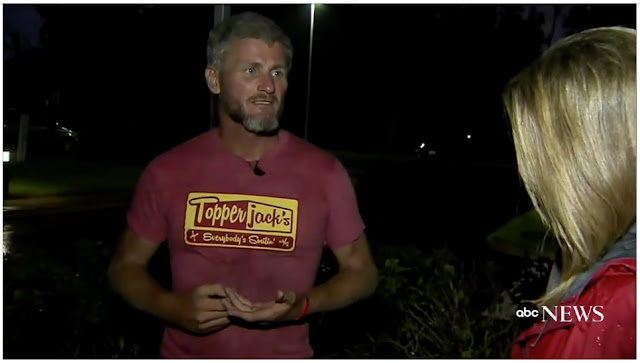 Wilson, who told ABC affiliate WPLG he is a former Navy corpsman, was first on the scene at the accident in Pembroke Pines, Florida, in harrowing video provided to the station. In the video, you see Wilson leaning into the crushed passenger side window of one of the vehicles and assisting the driver with blood splattered across the front seat.
"We get around the corner and I see what's going on and speed up, and then, I just turn it on and go sprinting to the vehicle," Wilson told WPLG.
Wilson stabilized the driver's neck and waited until paramedics arrived on the scene.
"You can't leave the scene," Wilson said. "I can't leave the scene -- it doesn't matter if the vehicle catches on fire. It doesn't matter. I'm there with him. If we're gonna die, we're gonna die together."
read more here

Posted by Kathie Costos at 4:07 PM