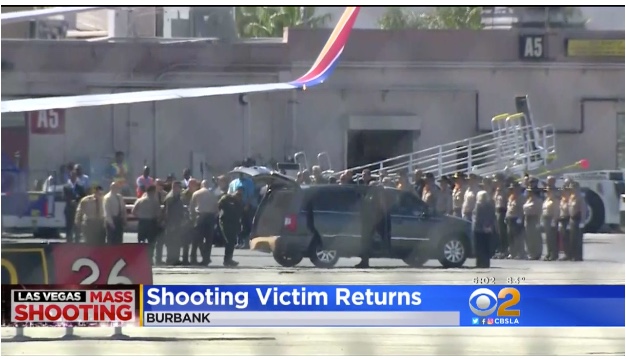 On the tarmac, members of the color guard draped a flag over his casket; corrections officers then carefully loaded it into a van as part of a procession in his honor. 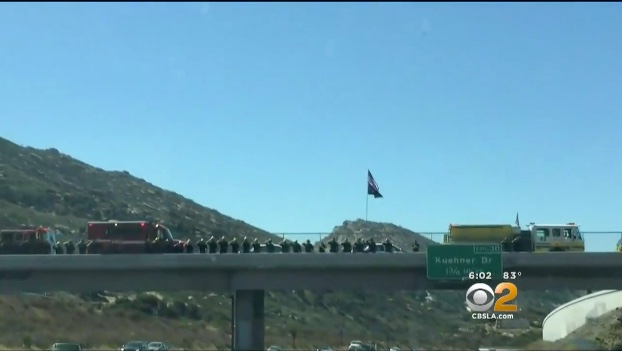 Taylor and his girlfriend, Denise Cohen, of Carpinteria, were among the 59 people shot and killed at the country music festival in Las Vegas.