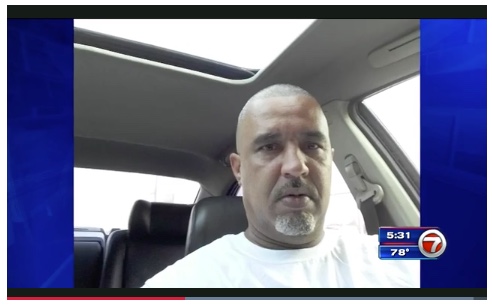 FORT LAUDERDALE, FLA. (WSVN) - Authorities are investigating after, they said, a man shot a retired U.S. Marine who was a longtime friend in Pompano Beach before he was involved in a crash that shut down Interstate 95 for several hours, Thursday.
According to the Broward Sheriff’s Office, the victim was shot dead at a park near Northwest 15th Place and Third Avenue, at around 7:30 p.m.
“The victim was shot multiple times,” said BSO Spokesperson Joy Oglesby. “When he was found, he was pronounced dead on scene by Pompano Beach Fire Rescue.”
Neighbors said the victim, 46-year-old Trevor Mitchell, was shot while barbecuing for a family in mourning.
read more here
Posted by Kathie Costos at 7:08 PM