Time to Kill the BS to Save Veterans!

Sick and tired of political BS on both sides that leaves veterans trapped and confused.

The National Media with 24-7 "news" has turned away from what the American public cares about and veterans need to know.

When we need Walter Cronkite we get politics-idiocy and fake facts. 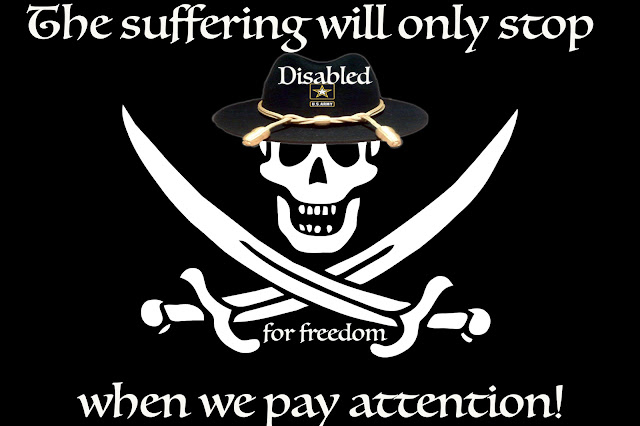 PTSD
It is not a "mental illness." It hits you! The term actually means "wound" so get the crap out of your head that you were weak or any other BS you've been told over the years.

You are not a victim but you are a survivor!

Suicides
For all the BS talk about raising awareness and politicians funding "efforts" to the tune of billions a year, they have actually increased.

(Check the facts for yourself.)

**VA Veteran Suicides
2012 (21 states)
2014 (Not all states have military service on death certificates, so many not included)

**Veteran Charities
Not all charities take care of all generations. Make sure you know who you are donating to and what they are doing with your money. Results matter more than what they claim.

**Peer Support
Peer support works best but only when the person giving support knows more than the one needing it.

**Healing
You can heal and live a better life but it requires a lot of work on your mind-body and spirit. The BS within "the rest of your life" is that you are stuck suffering the way you are. While there is no cure for PTSD, there is healing and living better quality of life.

**Problems with the VA?
Refer to Congress and check the facts going back to 1946, when they got the job of taking care of veterans.

**Privatization of VA
BS! You prepaid for your care when you started to serve. Don't let them send you into the same mess the rest of us deal with.

When you hear someone in Congress say the VA is a mess and they are doing you a favor by sending you to private doctors, ask them why they haven't fixed the VA to make sure the care you were promised was delivered!

Remember, what you need and they promised you, should have been taken care of ahead of time. You did your job. Make them to theirs!

Posted by Kathie Costos at 8:35 AM