That Such Americans Lived For Others
Combat PTSD Wounded Times
Kathie Costos
October 22, 2017


“It is foolish and wrong to mourn the men who died. Rather we should thank God such men lived” — George S. Patton 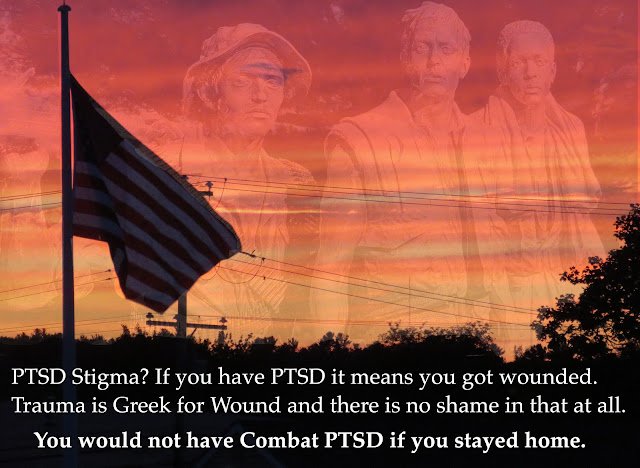 By now everyone seems to know the answer on how many veterans committed suicide yesterday. They think they have something to be proud of when they reply with "22" as the daily count. They will swallow that pride when they learn they have been deceived.

The CDC can come close to knowing how many Americans commit suicide per year. The latest number is 42,826. Self-inflicted emergency room visits are 383,000.

While we read the VA report about veterans in rural areas committing suicide at higher rates, the CDC had released the report for all Americans.


Rural counties consistently had higher suicide rates than metropolitan counties from 2001-2015, according to data released today in the Centers for Disease Control and Prevention (CDC) Morbidity and Mortality Weekly Report. Suicide is the tenth leading cause of death in the United States. There were more than half a million suicides during the 2001–2015 study period.

But we don't talk about the other Americans committing suicide. We separate them from those with military backgrounds. Why? Because we all know that members of the military today and veterans we willing to sacrifice their lives for others. 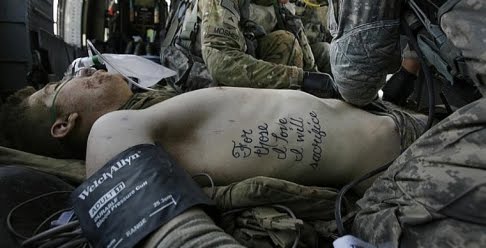 For Those I Love

The thought of someone like that not wanting to live anymore is unimaginable and should be unacceptable. We cannot dismiss it. We cannot honor their lives adequately by putting them among the number we think we know.

There are other reports putting the rate of veterans committing suicide at double the civilian rate. Most states release their own numbers. Still, many states do not have military service on death certificates. We simply do not know true numbers but, with what we do know, we are losing over 26,000 a year who should still be here.

There are many quotes if you search for "unrequited love" but most deal with the type of love the rest of us know, romantic in nature.

Unrequited love or one-sided love is love that is not openly reciprocated or understood as such by the beloved. The beloved may not be aware of the admirer's deep and strong romantic affection, or may consciously reject it. The Merriam Webster Online Dictionary defines unrequited as "not reciprocated or returned in kind."

When we allow them to be betrayed by every body of government for decades, that is unrequited love. But we play political games. We only pay attention to the slaughter when the other party is in charge instead of every year.

When we allow people to use them for their own gain, that is unrequited love. But we just write checks without ever asking where the money is being spent, who it is suppose to help or even if the charity actually deserves it.

When we allow them to continue to be subjected hardships they do not deserve, that is unrequited love.

When we fail to see we have done absolutely nothing meaningful for them, that is unrequited love. The VA put the number of veterans committing suicide the same as it was back in 1999 when no one was paying attention or using them.

Getting back to Patton's quote, they lived for the sake of others. Instead of appreciating that men and women lived to save others, we allow deception to promote their deaths.

Posted by Kathie Costos at 3:49 PM