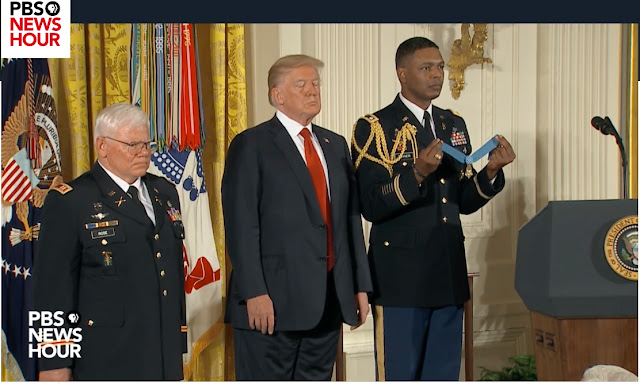 President Donald Trump will award the Medal of Honor on Monday to a Vietnam War veteran from Alabama who risked his life on multiple occasions while serving as a medic.
Retired Army Capt. Gary M. Rose, of Huntsville, Alabama, will receive the country’s highest military honor for “conspicuous gallantry,” the White House said in a statement. 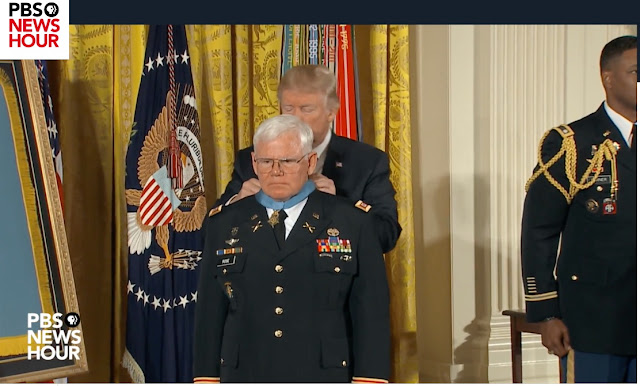 “From September 11 through September 14, 1970, while his unit was engaged with a much larger force deep in enemy-controlled territory, then-Sergeant Rose repeatedly ran into the line of enemy fire to provide critical medical aid to his comrades, using his own body on one occasion to shield a wounded American from harm,” the White House said.
source PBS
Posted by Kathie Costos at 4:24 PM