Tomorrow is Veterans Day, but if you think about it, they are veterans everyday of the year as well. We fail to see the difference between them and the rest of us. 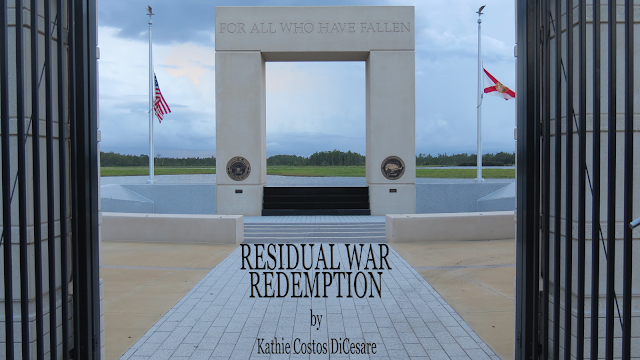 It is about time the rest of us delivered some fact-redemption.

Football players think it is ok to take a knee during the National Anthem. Others can't understand how it insults the flag, the troops and all those who served this country. Guess they never heard the words to the Anthem, or read that it was written as a tribute to those who defended this country. The Star Spangled Banner was "Written by Francis Scott Key on September 14th, 1814."


In the War of 1812, the United States took on the greatest naval power in the world, Great Britain, in a conflict that would have an immense impact on the young country’s future. Causes of the war included British attempts to restrict U.S. trade, the Royal Navy’s impressment of American seamen and America’s desire to expand its territory. The United States suffered many costly defeats at the hands of British, Canadian and Native American troops over the course of the War of 1812, including the capture and burning of the nation’s capital, Washington, D.C.,

History of PTSD in Veterans: Civil War to DSM-5

Exposure to traumatic experiences has always been a part of the human condition. Attacks by saber tooth tigers or twenty-first century terrorists have likely led to similar psychological responses in survivors of such violence. Literary accounts offer the first descriptions of what we now call posttraumatic stress disorder (PTSD). For example, authors including Homer (The Iliad), William Shakespeare (Henry IV), and Charles Dickens (A Tale of Two Cities) wrote about traumatic experiences and the symptoms that followed such events.

Early attempts at a medical diagnosis

Accounts of psychological symptoms following military trauma date back to ancient times. The American Civil War (1861-1865) and the Franco-Prussian War (1870-1871) mark the start of formal medical attempts to address the problems of military Veterans exposed to combat. European descriptions of the psychological impact of railroad accidents also added to early understanding of trauma-related conditions.

Prior to U.S. military efforts, Austrian physician Josef Leopold (1761) wrote about "nostalgia" among soldiers. Among those who were exposed to military trauma, some reported missing home, feeling sad, sleep problems, and anxiety. This description of PTSD-like symptoms was a model of psychological injury that existed into the Civil War...

In 1919, President Wilson proclaimed November 11th as the first observance of Armistice Day, the day World War I ended. At that time, some symptoms of present-day PTSD were known as "shell shock" because they were seen as a reaction to the explosion of artillery shells. Symptoms included panic and sleep problems, among others. Shell shock was first thought to be the result of hidden damage to the brain caused by the impact of the big guns. Thinking changed when more soldiers who had not been near explosions had similar symptoms. "War neuroses" was also a name given to the condition during this time.During World War I, treatment was varied. Soldiers often received only a few days' rest before returning to the war zone. For those with severe or chronic symptoms, treatments focused on daily activity to increase functioning, in hopes of returning them to productive civilian lives. In European hospitals, "hydrotherapy" (water) or "electrotherapy" (shock) were used along with hypnosis...

In World War II, the shell shock diagnosis was replaced by Combat Stress Reaction (CSR), also known as "battle fatigue." With long surges common in World War II, soldiers became battle weary and exhausted. Some American military leaders, such as Lieutenant Gen. George S. Patton, did not believe "battle fatigue" was real. A good account of CSR can be found in Stephen Crane's Red Badge of Courage, which describes the acute reaction of a new Union Army recruit when faced with the first barrage of Confederate artillery.Up to half of World War II military discharges were said to be the result of combat exhaustion. CSR was treated using "PIE" (Proximity, Immediacy, Expectancy) principles. PIE required treating casualties without delay and making sure sufferers expected complete recovery so that they could return to combat after rest. The benefits of military unit relationships and support became a focus of both preventing stress and promoting recovery.

Development of the PTSD diagnosis

In 1952, the American Psychiatric Association (APA) produced the first Diagnostic and Statistical Manual of Mental Disorders (DSM-I), which included "gross stress reaction." This diagnosis was proposed for people who were relatively normal, but had symptoms from traumatic events such as disaster or combat. A problem was that this diagnosis assumed that reactions to trauma would resolve relatively quickly. If symptoms were still present after six months, another diagnosis had to be made.Despite growing evidence that trauma exposure was associated with psychiatric problems, this diagnosis was eliminated in the second edition of DSM (1968). DSM-II included "adjustment reaction to adult life" which was clearly insufficient to capture a PTSD-like condition. This diagnosis was limited to three examples of trauma: unwanted pregnancy with suicidal thoughts, fear linked to military combat, and Ganser syndrome (marked by incorrect answers to questions) in prisoners who face a death sentence.In 1980, APA added PTSD to DSM-III, which stemmed from research involving returning Vietnam War Veterans, Holocaust survivors, sexual trauma victims, and others. Links between the trauma of war and post-military civilian life were established.The DSM-III criteria for PTSD were revised in DSM-III-R (1987), DSM-IV (1994), DSM-IV-TR (2000), and DSM-5 (2013) to reflect continuing research. One important finding, which was not clear at first, is that PTSD is relatively common. Recent data shows about 4 of every 100 American men (or 4%) and 10 out every 100 American women (or 10%) will be diagnosed with PTSD in their lifetime.

Learn more here and then remember, whenever trauma strikes anyone, it was our veterans who taught the experts.

Veterans are our history and this country wouldn't have been able to give anyone the right to protest or show how little they know without them.

Number of Medal of Honor Recipients

Medals of Honor Presented to Date

Medals Awarded to Members of the US Navy

Medals Awarded to Members of the US Marines

Medals Awarded to Members of the US Air Force

Medal Awarded to Members of the US Coast Guard

But some want to view women as new to the military. Sorry but, they have been participating all the way back to the Revolutionary War.

Soldiers:Although women were not allowed to join the military at the time, many women still served as secret soldiers during the Revolutionary War. These female soldiers usually disguised themselves as men by cutting their hair, binding their breasts with bandages and adopting masculine names.

Everything you think you may know about suicides, is not even close to true, but far too many on social media must have given up on caring enough to wonder.

So when you read a bunch of stuff online about veterans, do them a favor, either spend the time to learn about the subject before you share it, or go back to taking selfies and make it all about you again.
Posted by Kathie Costos at 4:51 PM