Is that service dog a fake?

Is that service dog a fake? Under federal law, you can’t even ask
Kansas City Star
Mark Davis
November 1, 2017

Fake service dogs are essentially untrained pets wearing vests or tags purchased online so Fido can tag along, too. They’ve become the bane of those who rely on trained service dogs to deal with disabilities. 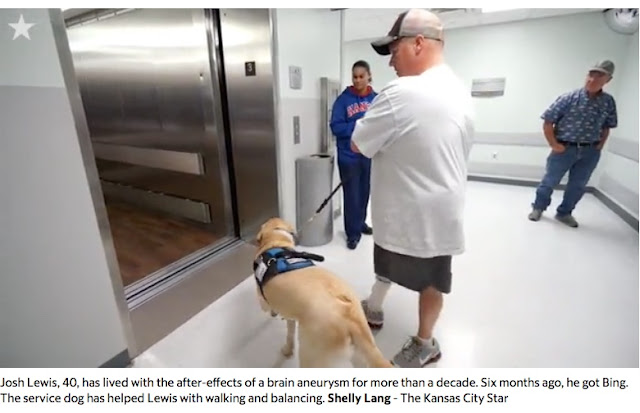 The unleashed dog lunged from the woman’s lap and right at Andy, Michaela Chase’s dog.
“It was going for blood,” Chase said, thinking back to the narrow waiting room at her physical therapy gym in Lincoln, Neb. “It was in full attack mode.”
Shielded by Chase’s wheelchair, Andy avoided the other dog, which had a tag on its collar that said “service dog.” But though there was no fight, the damage was done.
“It really ruined Andy,” Chase said of her service dog trained by Paws for Freedom Inc. in Tonganoxie, Kan. Andy — the victim of a fake service dog, Chase said — now distrusts other dogs. He’ll even bark at other service dogs.
read more here
Posted by Kathie Costos at 4:50 PM