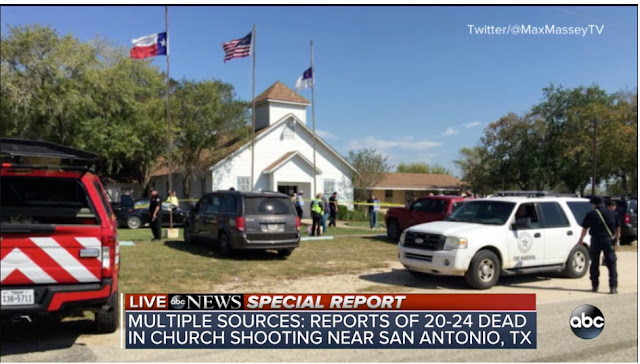 At least 27 people were killed and 27 others injured in a mass shooting at a church in rural Texas this morning, a law enforcement official told ABC News.
The alleged shooter, who has not been identified, is dead following the massacre in Sutherland Springs, about 40 miles southeast of San Antonio, authorities said.
Among those killed at the First Baptist Church of Sutherland Springs was a 14-year-old girl named Annabelle Renee Pomeroy, according to her father, Frank Pomeroy, who is a pastor at the church.
read more here
Posted by Kathie Costos at 6:01 PM