Marine survives being a POW in two different wars, returns home to live the American dream

Undaunted and undefeated, despite years of imprisonment and brutality, Harrison continued to serve our country in Vietnam until he was honorably discharged from the Marine Corps as a lieutenant colonel on June 30, 1969. 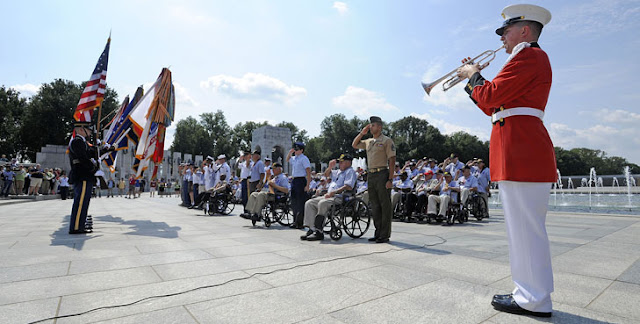 Charles L. Harrison was born outside Tulsa, Oklahoma in 1921. Barely out of High School, Harrison enlisted in the Marine Corps in 1939.By August 1941 he was on his way to Wake Island, a vital staging area for the coming war in the Pacific.

Of the 449 Marines who manned Wake’s defenses when Wake Island was bombarded by Japanese forces a few hours after the Dec. 7 attack on Pearl Harbor, 49 were killed, 32 were wounded, and the remainder, including 20 year old Charlie Harrison, became prisoners of war.

For 45 long months, during which he contracted malaria and other assorted maladies, Harrison suffered under the hands of the Japanese until he was rescued at the end of WWII with less than 110 pounds on his 5-foot 9½-inch frame.

With his courage and love of country intact, Harrison returned home to marry his childhood sweetheart and start a family. He and his growing family enjoyed a peaceful existence until the morning of June 25, 1950, when ninety thousand North Korean troops pushed across the 38th parallel, thus commencing the Korean War.

On Sept. 15, 1950, U.S. Marines under the direction of General Douglas MacArthur made a surprise amphibious landing at Inchon, on the west coast of Korea. Harrison was one of those Marines.

On Nov. 29, at the Chosin Reservoir Campaign, after a battle in which Harrison was wounded and for which he later received a Purple Heart, he was captured by the Chinese communist forces and again found himself held as a prisoner of war – one of only two Marines in U.S. history to hold the dubious distinction of being held as a POW in two different wars.

Harrison remained in captivity until he, along with seventeen fellow POWs, managed to escape six months later.


This great American hero passed away with little fanfare on Jan. 17, 2015.

read more here
Posted by Kathie Costos at 7:35 AM