US Service Member Killed in Afghanistan 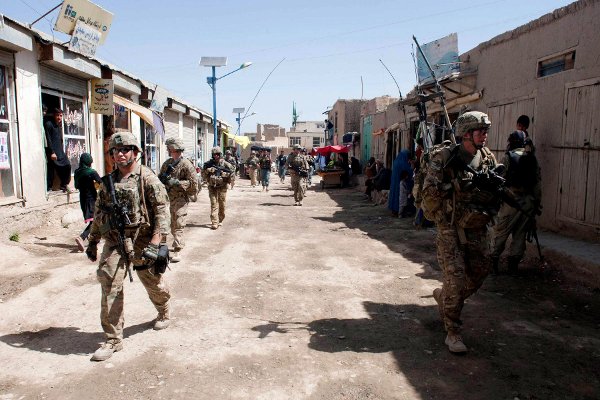 Soldiers of the 3rd Infantry Division patrol in a town near Combat Outpost Baraki Barak in Logar Province, Afghanistan, where a service member died Nov. 4 from wounds sustained during operations. (US Army photo/Julieanne Morse)

A U.S. service member was killed during operations in Logar Province in eastern Afghanistan on Saturday afternoon.
A news release from NATO Resolute Support officials said the service member died as a result of wounds sustained. No other details were released.
"We offer our deepest condolences to the family of our fallen brother," Gen. John Nicholson, commander of U.S. Forces-Afghanistan, said in the statement. "Despite this tragic event, we remain steadfast in our commitment to the Afghan people and to support them in our mutual fight against terrorism."
A week ago, on Oct. 27, Chief Warrant Officer Jacob M. Sims died in a helicopter accident in Logar Province.
The 36-year-old was assigned to 4th Battalion, 160th Special Operations Aviation Regiment, a unit known as the "Night Stalkers," at Joint Base Lewis-McChord in Washington.
Posted by Kathie Costos at 6:17 AM