When Sgt. Jared Best reenlisted to go to Afghanistan after having already done a tour in Iraq, he did so to be there for his guys, many of whom were inexperienced in combat.
But he never realized the toll that final deployment would take on him. 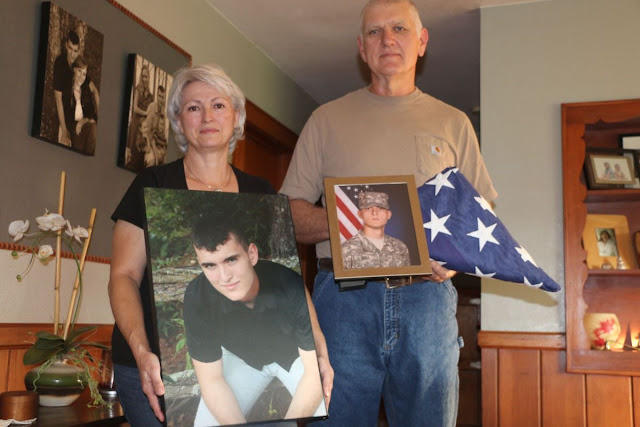 Patti and Hugh Best, although still grieving, have begun the search for a solution to the problem of veteran suicides that they say is plaguing this country.

Last New Year’s Eve, alone and with too much time to think, the 26-year-old took his own life with a gun.
read more here
Posted by Kathie Costos at 5:08 PM