Frank Schmidgall was going to stop playing Santa Claus.
Dressed in familiar red and white, the Vietnam War veteran has sat in the same spot for the Orlando Veterans Day Parade every year for the past 15 years. 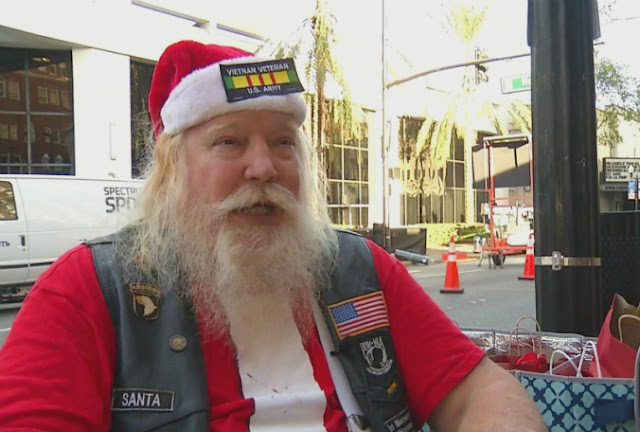 "I am what you call a charity Santa Claus," Schmidgall said.
But before his mother died, he promised her he would continue the tradition.
“I enjoy it. To watch their faces and to see the people in the parade passing out the candy, it’s fun. I hope they enjoy it," Schmidgall said.
But he doesn't just watch the parade, he buys candy to hand out to spectators. He said he spends hundreds of dollars and several hours getting the bags ready.
read more here

Posted by Kathie Costos at 7:26 PM