Vietnam Veterans Need You Clued In on PTSD

When the Greeks announced the earth was actually round, instead of flat, it shocked a lot of people.

Some people still don't believe it. After all, all the pictures they see of maps are flat like this one. 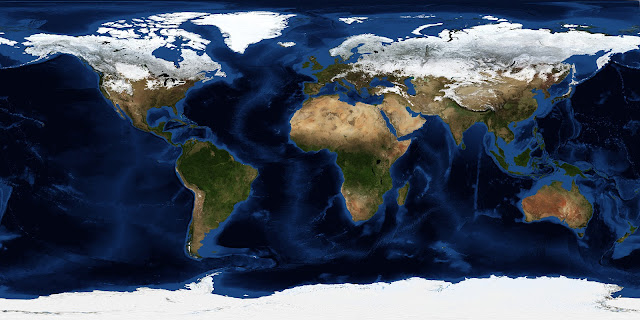 NASA
Considering all those ancient people believed they'd fall off the earth if they went too far, it was not a pretty conversation to have with those who made them believe something that wasn't true at all.

For some reason, the same type of thing is happening with our veterans. Someone thought that the only veterans committing suicide are "post 9 11" veterans. Heck, they even thought there were 22 of them a day deciding surviving home was harder than combat. Guess they never bothered to see what other people actually knew. They were just too busy assuming something, then thought they were the one to do something about this new affliction. After all, it was all new to them.

Don't worry, this isn't another rant against the "awareness" raisers. I think I have it out of my system...for a while anyway. Besides, I can't write anything new that won't get me in more trouble.

It needs to be said, that the majority of the veterans committing suicide, in need of the most help, waited the longest, are the ones no one knows are even still there. The veterans of The Gulf War, Vietnam, Korea and WWII. All of those generations came home with the same wounds but not the same attention.

They still don't have it because most of them are not on social media. They are not doing Snapchat or Instagram. As for Linkedin, they joined the VFW, American Legion and the Disabled American Veterans, plus the Vietnam Veterans of America, motorcycle clubs and linked in face to face instead of going on Facebook to do more than look at pictures of their Grandkids.

The research the VA did on suicides stated clearly...among other things, that the majority of the veterans committing suicide are over the age of 50. Guess it was easier to figure it is too late for them to get help. Guess they were wrong and you'd be right.

In 2007 148,000 of Vietnam veterans showed up for help for the first time. That should send two clear messages. Once they know why they are suffering, they want to help, and the other, should be a warning of what is to come if we get nothing right, right now.

The truth is, the bulk of research started in the 70's and expanded in the 80's because Vietnam veterans came home and fought for it. The VA has a history of PTSD "The DSM-III criteria for PTSD were revised in DSM-III-R (1987), DSM-IV (1994), DSM-IV-TR (2000), and DSM-5 (2013) to reflect continuing research. One important finding, which was not clear at first, is that PTSD is relatively common. Recent data shows about 4 of every 100 American men (or 4%) and 10 out every 100 American women (or 10%) will be diagnosed with PTSD in their lifetime."

So, if you have PTSD, thank them for knowing that it isn't your fault. It is whatever IT was that threatened your life on this planet.

The other truth is that regular people also noticed. This song from Poison came out in 1990.


Lyrics SOMETHING TO BELIEVE IN
Well I see him on the TV
Preachin' 'bout the promised lands
He tells me to believe in Jesus
And steals the money from my hand
Some say he was a good man
But Lord I think he sinned, yeah
Twenty-two years of mental tears
Cries a suicidal Vietnam vet
Who fought a losing war on a foreign shore
To find his country didn't want him back
Their bullets took his best friend in Saigon
Our lawyers took his wife and kids,
No regrets
In a time I don't remember
In a war he can't forget
He cried forgive me for
What I've done there
'Cause I never meant the things I did"

Oh, Lord arise
My best friend died a lonely man
In some Palm Springs hotel room
I got the call last Christmas Eve

And they told me the news
I tried all night not to break down and cry
As the tears rolled down my face
I felt so cold and empty
Like a lost soul out of place
And the mirror, mirror on the wall
Sees my smile it fades again

I drive by the homeless sleeping on
A cold dark street
Like bodies in an open grave
Underneath the broken old neon sign
That used to read
Jesus Saves
A mile away live the rich folks
And I see how they're living it up
While the poor they eat from hand to mouth
The rich is drinkin' from a golden cup
And it just makes me wonder
Why so many lose, so few win

read the rest of the lyrics here.

"And it just makes me wonder why so many lose, so few win" when the truth is, they already won the battles for the rest of the world.

The question is, "When do we help them fight for the right to matter to the rest of us?"
Posted by Kathie Costos at 4:57 PM