National Guardsman Rescued Others Before Dying in NYC Fire 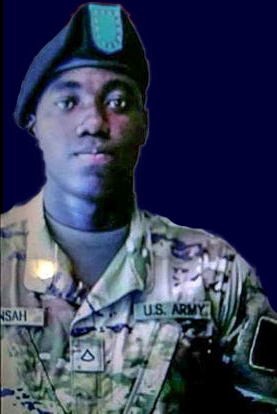 NEW YORK -- The victims of New York City's deadliest fire in decades include a man who immigrated to the Bronx from Ghana and dreamed of becoming a military policeman.
A relative told The New York Times that Emmanuel Mensah had rescued a number of people before going back into the burning building, where he died of smoke inhalation.
read more here

A massive apartment fire that killed at least 12 people -- including a 1-year-old girl found with her mother in a bathtub -- was sparked by a small child playing with a stove, city officials said. 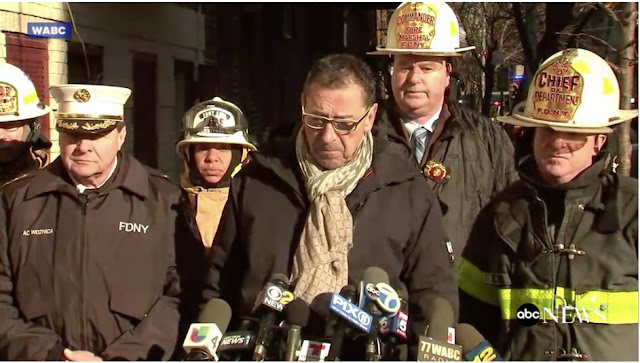 When the family fled the first-floor apartment unit, they left the door open, allowing the flames to spread into the stairwell and shoot up the staircase of the five-story residential building.
"It took the fire so quickly upstairs, people had little time to react," New York City Fire Commissioner Daniel Nigro said at a press conference Friday morning. "Open stairs act as chimneys."
The burned-out halls of the building are seen in video released by New York fire officials on Friday. Soot and ash cover the hallway and stairwell from floor to ceiling.
read more here
Posted by Kathie Costos at 10:11 AM