The Associated Press
Published Saturday, December 30, 2017
YARMOUTH, Mass. -- A baby seal that wandered far from the ocean has been returned to the sea with the help of some police officers on Cape Cod. 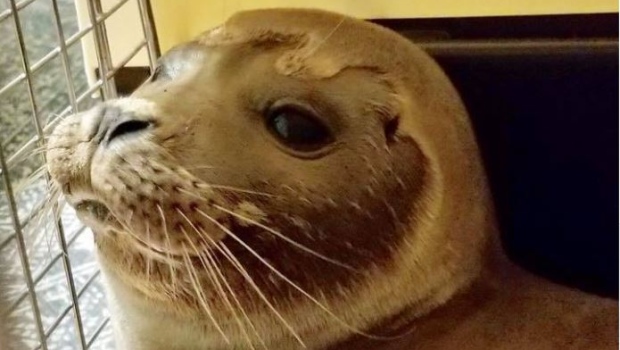 A seal pup rescued by police in Yarmouth, Mass., on Friday Dec. 29, 2017. (Yarmouth Police Dept./Facebook)
Yarmouth Police say the seal pup was found waddling on Route 6A in Yarmouth Port late Friday.
Police and Amazing Animal Ambassadors were able to put the seal in a cage and hold onto it until wildlife officials arrived.
Police said on Facebook Saturday that the pup was given a clean bill of health and has been released back to the ocean.
Authorities say they have nicknamed the seal "Houston" after Kevin A. Houston, a U.S. Navy Seal from Cape Cod who was killed in Afghanistan.
read more here
Posted by Kathie Costos at 4:02 PM