The Pierce County deputy who was fatally shot near Spanaway was a father to three young boys. Author: KING
January 8, 2018

McCartney joined the Navy in 2002 and served as an electronics technician 2nd class. He was also deployed to Afghanistan toward the end of his tour. McCartney was honorably discharged in 2008. 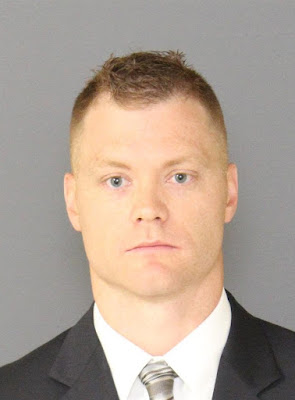 The Pierce County deputy who was fatally shot near Spanaway on Monday morning was a Navy veteran and a father to three young children, according to the Pierce County Sheriff's Office.

Daniel A. McCartney, 34, of Yelm was shot while responding to a burglary call in the Frederickson area. He was a husband and had three sons.
read more here

Posted by Kathie Costos at 4:23 PM

Email ThisBlogThis!Share to TwitterShare to FacebookShare to Pinterest
Labels: Afghanistan deployments, fallen Deputy, in the line of duty, US Navy