Dr. Harrell said he's cured all of the veterans he's treated so far. His goal now is to make his treatment easily accessible for all veterans suffering from burn pit exposure. 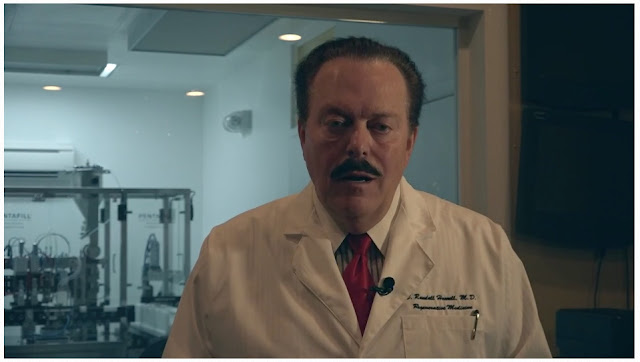 PALM HARBOR, Fla
You've likely heard many stories over the years of veterans dealing with PTSD or soldiers learning to live as an amputee but there's another lesser-known challenge tormenting our soldiers.
Exposure to toxic burn pits while in Iraq and Afghanistan could have devastating effects on the lungs. While tens of thousands of veterans have signed the VA's burn pit registry, nothing else is being done...until now.
Joe Hernandez served four tours in Iraq and Afghanistan with the US army. During that time he was exposed to toxic burn pits where the military burned waste like chemicals, ammunition, oil, anything they had to get rid of.
Hernandez explained that depending on which way the wind would shift, he would breathe in the burn pits in Iraq and Afghanistan for extended periods of time.
“It’s war, it's not pretty. You got so many other things that are going to kill you on a daily basis so it’s like well what are you going to do?” Hernandez revealed.
When Hernandez came home in 2009, he struggled and had to adjust to becoming a regular civilian. Eventually, he found relief in fitness and started a new career in Florida as a personal trainer. However, Hernandez started to notice that although he was in great shape, he was lethargic and got winded way too easy, and even struggled to breathe.
read more here
Posted by Kathie Costos at 5:10 PM