Associated Press
January 7, 2017
INDIANAPOLIS — The Indiana National Guard says one of its soldiers has died after arriving for training at Fort Hood in Texas.
Indiana Guard officials said 43-year-old Sgt. 1st Class Mark Boner of Fort Wayne died early Saturday. The Guard didn't release information about the circumstances of his death, saying it was under investigation.
Boner was a member of the Kokomo-based 38th Sustainment Brigade. About 250 members of the unit left last week for training at Fort Hood ahead of a deployment to Kuwait.
read more here 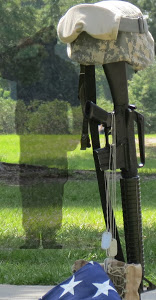 Posted by Kathie Costos at 4:15 PM