Since 2011, the campaign has distributed more than 3,250 sleeping bags. About 40 percent of downtown’s homeless population are veterans, Field said, but the bags are distributed to any one in clear need. 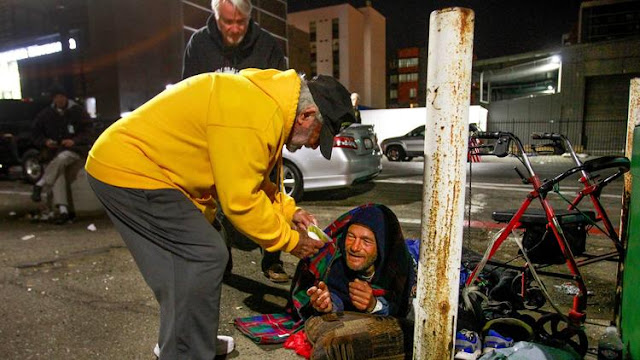 At age 88, Korean War veteran Stan Levin has earned the right to spend all his evenings in the warm comfort of his Serra Mesa home.
But several nights a month for the past six years, Levin has patrolled the streets of downtown San Diego, handing out free sleeping bags, socks and snacks to homeless men and women he finds sleeping on the sidewalks.
read more here
Posted by Kathie Costos at 3:59 PM