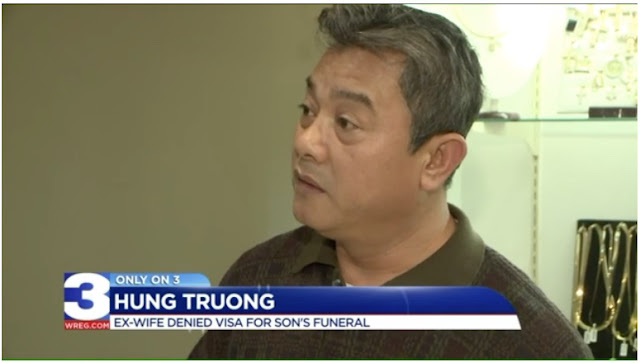 BLYTHEVILLE, Ark. — He proudly served his country, but when it came time to bury him, a Navy veteran's father said the government wouldn't grant his son's mother a visa to attend his funeral.
Ngoc Truong, a four-year Navy veteran, died of leukemia Dec. 17 at the age of 22.
Truong's father, who owns a jewelry store in Blytheville, said Truong's Vietnam-born mother applied for a visa twice but was denied both times.
She ended up missing the funeral.
"That's what made me fuming mad. Fuming. Why?" Truong said.
read more here
Posted by Kathie Costos at 5:15 PM