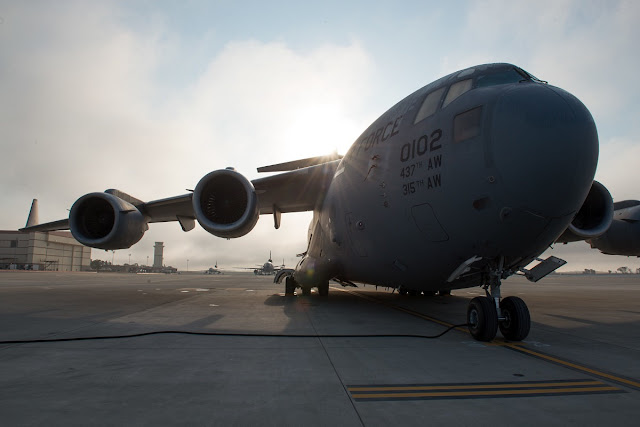 Three C-17 Globemaster IIIs sit on the tarmac at Travis Air Force Base, Calif. A driver who breached the main gate at Travis and then crashed was pronounced dead at the scene Wednesday evening.


A driver who breached the main gate at Travis Air Force Base in California and then crashed was pronounced dead at the scene Wednesday evening.

Travis officials said in a release posted online that there were no additional fatalities or injuries, and there are no current threats to the base or the community. The investigation is ongoing.

The base said that its first responders, including security forces, and emergency officials from nearby Fairfield responded after the driver “gained unauthorized access” to the main gate shortly before 7 p.m. The car crashed shortly afterward, Travis said.
read more here
Posted by Kathie Costos at 4:27 PM