Firefighters getting PTSD peer-support and stigma out of the way


“You guys all signed up for PTS, that’s what you did when you became a firefighter," Lavoie cautions. "You’re not going to get out of this without some level of PTS.”
They don’t want it to get to “the disorder part of it,” meaning PTSD. It’s why the Worcester Fire Department agreed to share their message with NBC 10 Boston Investigators

Firefighters across the country and in Massachusetts are struggling with mental health issues and post-traumatic stress disorder (PTSD), according to a study where NBC-owned stations partnered with the International Association of Firefighters to anonymously survey firefighters. 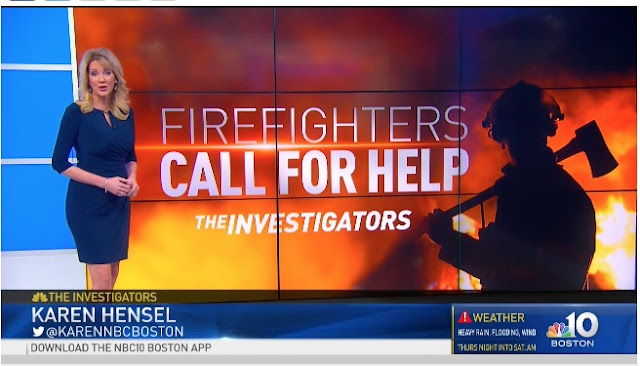 Long-time Worcester, Massachusetts firefighters talked openly with the NBC10 Boston Investigators about the 1999 Cold Storage Warehouse fire, a subject which few have spoken about publicly. That is part of the issue and now, 18 years later, they face it head-on. 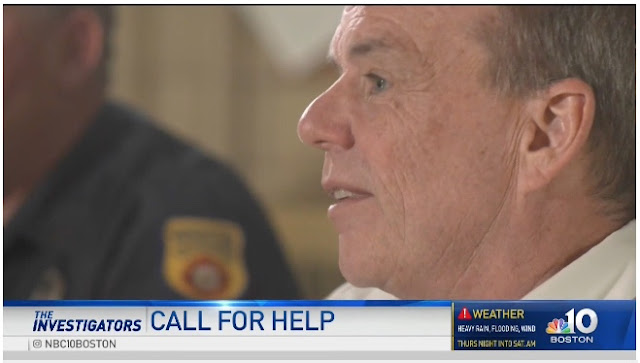 The Parkland, Florida school shooting had the nation gripped with emotions of grief and anger. The focus was initially on the families of the 17 killed and the mental health of the shooter. Unseen was the emotional toll on first responders.
read more here
Posted by Kathie Costos at 2:54 PM