The veteran, Albert Wong, valued life so much, he joined the military. So what made him kill the people who were trying to help him save his own?

This story just may finally be the one that starts investigations into the "resilience" training that has been going on since 2009.

Veterans are facing off with police officers more and more along with a high rate of suicides, murder-suicides and questionable deaths. Veterans Courts and charities are all over the country. Those are the results after every member of the military has had this training, including the one who just killed three.


The Napa County Sheriff-Coroner's office identified the shooter as 36-year-old Albert Wong of Sacramento, who formerly was housed at the Pathway Home, a residential program within the Yountville facility. 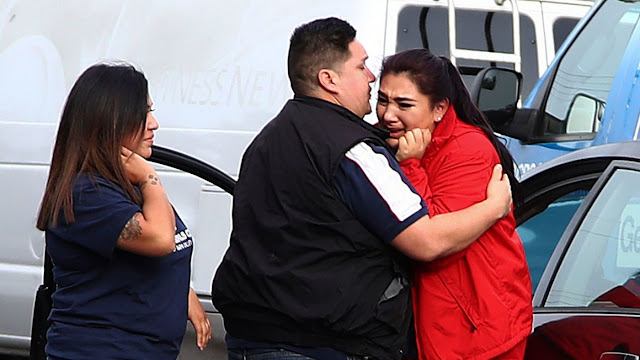 Fernando Juarez, 36, of Napa, embraces his sister Vanessa Flores, 22, at the Veterans Home of California in Yountville. Flores, a caregiver at the facility, exchanged texts with family while sheltering in place. (Ben Margot / AP)

"These brave women were accomplished professionals who dedicated their careers to serving our nation's veterans," a representative of the Pathway Home said in a statement.

A gunman and three hostages were found dead Friday evening at a Northern California veterans home, concluding a standoff that lasted for about eight hours, officials said.

Shortly before 6 p.m., officers entered the room at the Yountville Veterans Home where the gunman had been holding the hostages. According to the California Highway Patrol, three women and a man — believed to be the gunman — were found dead.

"This is a tragic piece of news, one that we were really hoping we wouldn't have to come before the public to give," said Chris Childs, assistant chief of the CHP's Golden Gate Division.

Department of Defense records show the gunman found dead with the three mental health workers he killed at California veterans home had a decorated U.S. Army career.The records obtained Friday said 36-year-old Albert Wong was awarded four medals, including an Afghanistan campaign medal with two campaign stars.Records showed Wong served as in the infantry during three years of active service in the U.S. Army ending August 2013.He was also awarded an Expert Marksmanship Badge with Rifle.Wong served one year in Afghanistan.

Posted by Kathie Costos at 7:08 AM