After a seven-month deployment in 2004 in Iraq as a squad leader and gunner, Cpl. William P. Draughon received a citation for heroic service and was honorably discharged from the Marine Corps.

Several members of his squad were killed in Iraq, and when he returned stateside, the North Kansas City High School graduate began experiencing depression and nightmares and became withdrawn and moody. He also started drinking heavily.

His friends and family described him as a changed man.

“Before he went to Iraq he was very fun-loving,” says his father, Donald Draughon. “He was charismatic and he liked to be the life of a party, always joking around. Just a fun-loving guy. He loved life.” 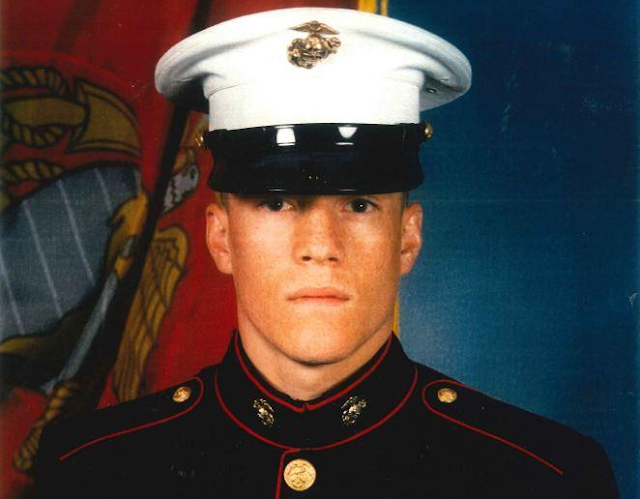 During his hospitalization at the Kansas City VA, Draughon had been flagged as being at high risk for suicide. Although no risk assessment was done, on Dec. 2, 2009, exactly 90 days later, a suicide prevention coordinator at the hospital removed the high-risk flag from his electronic medical records without explanation. No clinical assessment had been done.

The VA breached its own standards of care by removing Draughon from the high-risk list for suicides, Judge Julie Robinson concluded after a weeks-long bench trial.

You can read more of this story here. The truth is, it could have been any son, daughter, father, mom, husband or wife it happened to. The other truth is, it is still happening. Not just with this generation of veterans. It happened 10, 20, 30, 40 years ago and longer. We just ran out of excuses 40 years ago when the US government invested billions researching what war did and how to treat them for this inner wound.

That is what is what it is. It is a wound and the term "trauma" is Greek for wound. These are not "just numbers" or "just veterans" we're talking about. They are disabled veterans, wounded while serving this country.

That is the part that few seem to get. Anyone talking about sending these veterans to private-for-profit-care, is shirking this duty owed to the veterans. Anyone not apologizing to them, their families and all those who love them, should have never served in the capacity of overseeing what the VA does, or, does not do. After all, it is Congress that holds that awesome task no matter what President sits in the chair or Secretary they put into the hot seat of shame.

Look it up and see what members of Congress have said attacking every Secretary of the VA since President Reagan turned it into a Cabinet position. Look it up since Congress got the authority over the way our veterans are treated way back in 1946!

Disabled veteran William P. Draughon did what he was supposed to do. He asked for help. Not once or twice. He did not deny he was suicidal. The VA let him and his family down. Then again, so did Congress and everyone else.

When stories like this come out, it is not just the VA on trial. It is all of us because we don't seem to change much at all for them.

Way back in the 90's I was asking "where will you be when they need you" and I'm still asking that question now. So where the hell are you when this keeps happening?

Posted by Kathie Costos at 5:27 PM