Save a firefighter in your own house

A Superior Fire Department battalion chief who retired just a few weeks ago died on April 18 after "a long and brave struggle" with mental illness, Mayor Jim Paine said on Tuesday. 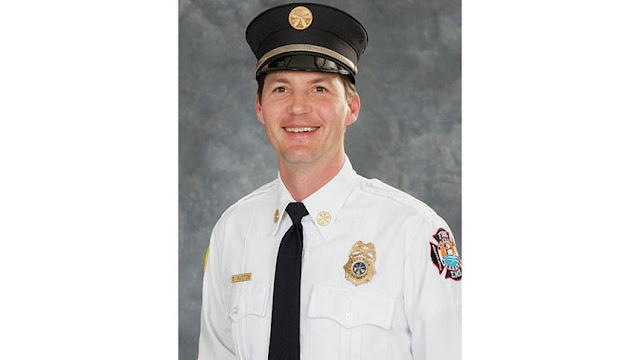 Erik Sutton, 46, who had served on the Superior Fire Department for 20 years, took his own life, Paine said. Sutton had sought and received care prior to his death. Paine said he has offered his condolences and support to the fire department leadership and Sutton's mother.

"We have all agreed that while the price of his service was too high, none of us will allow his death to pass in vain," Paine said in a statement. "We will put his memory to work for our bravest civil servants as diligently as he put his own life to work for all of us and commit ourselves to ensuring that every firefighter and police officer in our service not only has full access to the care that they need, but that they feel the support to seek care when necessary."
read more here

But he is not the first.

On October 15, 2016, fallen Indian River County Fire Chief David Dangerfield said goodbye to his wife on the phone first, and then on Facebook.
After a 27-year career, Chief Dangerfield wrote in his suicide post that it was due to PTSD on the job. He posted on Facebook:
"PTSD for Firefights is real. If your loved one is experiencing signs get them help quickly. 27 years of death and babies dying in your hands is a memory that you will never get rid off. It haunted me daily until now. My love to my crews. Be safe, take care. I love you all."

This was released last month.
81 Percent of firefighters fear they will be seen as weak

The survey also found that 81 percent of firefighters fear they will be seen as weak or unfit for duty if they talk about the emotional toll of their job, and 87 percent said it keeps them from getting the help they need.


When it comes to saving lives, you need to begin in your own house to see who is in danger at the fire station.
Posted by Kathie Costos at 6:51 PM