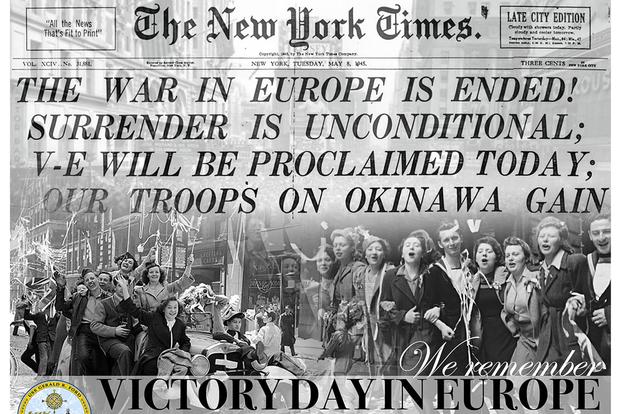 James C. Roberts is president of the American Veterans Center.

In the course of heading the American Veterans Center for the last 20 years, it has been my privilege to get to know a multitude of our country's military heroes. As we commemorate V-E Day (Victory in Europe Day, May 8, 1945), one of these heroes stands out: Army 2nd Lt. Leonard "Bud" Lomell.

Then-1st Sgt. Lomell is indelibly connected to a second famous date: June 6, 1944 -- D-Day, the day American, British, Canadian and other Allied forces landed at Normandy on the French coast to begin the Liberation of Europe.

Without the success of the Normandy landings, there would likely never have been a V-E Day.

The D-Day landings were a massive undertaking -- possibly the largest the world will ever know -- comprising 7,000 ships and landing craft, 50,000 vehicles, 11,500 airplanes, and 156,000 troops. It was accomplished against great odds, including difficult weather and heavy seas.

Looking back on this near-miracle, historian Stephen Ambrose wrote that if he had to select one man most responsible for the success of D-Day, besides Gen. Dwight D. Eisenhower, the supreme allied commander of the operation, it would be Leonard Lomell.
read more here
Posted by Kathie Costos at 4:51 PM