Are you pretending to care about veterans?

There seems to be more and more cases of people using the suffering of veterans and the families they leave behind for their own gain. We saw that when the FTC decided to put an end to these ripoff charities.

The thing is, none of them could have managed to pull millions out of well-meaning donors if the "causes" was not shared across social media.

The other factor is, none of these "groups" are doing anything to actually help veterans heal, live better lives or even attempt to understand that no one will ever know exactly how many veterans commit suicide.

The number is pure BS, because the VA report was from 21 states using limited data. Then we put together an example of so many more that did not "count" in the number that has been unchanged since 1999!

If you are wondering why so many still commit suicide, start by asking yourself one question. "Do you care enough to know or are you just pretending to care?"

UPDATE
Looks like it keeps going on and on! This headline almost made me fall off my chair.

Forgotten were all those beyond the "22" a day the press keeps talking about.

I wonder what Howard Berry would feel like knowing how many the press has let be forgotten because they did not do their jobs.

After all, easy to know he does care considering his own son committed suicide after surviving the Fort Hood massacre. 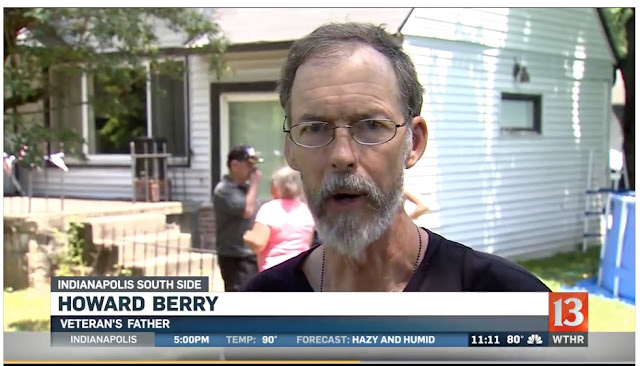 Howard, if you come across this site, give me a call and I'll give you a better idea of how many actually were forgotten!
Posted by Kathie Costos at 5:17 PM