"It gave me light at the end of the tunnel. It showed me that I am worth something, that I'm not alone."

PTSD. Traumatic brain injury. Patellar tendon injured by a stingray. Years of rehabilitation, both physical and mental. These are the sacrifices Chief Navy Diver Julius McManus made while serving his country over the course of his career, for 21 years and counting. 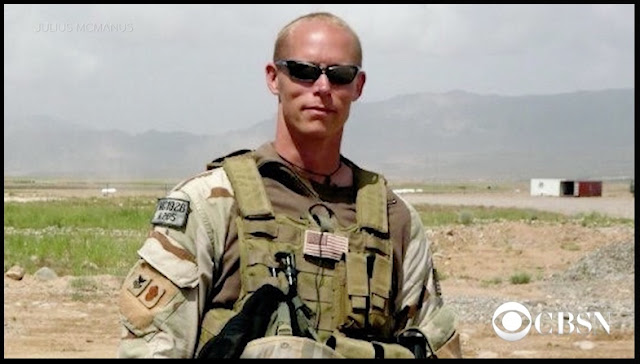 Ask him about it, and he says he would do it all over again. "There's nothing about my service I would change," McManus says. "I've had some great opportunities with repatriation of remains — bringing missing brothers home — to combat tours where I'm supporting the guys doing the hard business, and leading my sailors. I wouldn't trade it for the world."

"I was in some dark places," McManus says. "I was looking at avenues to end my own life without causing harm to my family."

With the support of his wife and three sons, McManus says he has now come back from that dark place. He credits the camaraderie and competition he's found with other wounded service members at programs like the Warrior Games for helping change his outlook on life.


Every year since 2010, the Department of Defense's Warrior Games bring together wounded service members in a supportive and competitive environment to enhance their recovery and rehabilitation.

This year, 300 athletes from all branches of the armed forces came to the Air Force Academy for the event. CBSN brings you five stories of these "American Warriors."
read more here

Posted by Kathie Costos at 4:23 PM