On St. Patrick’s Day, 2010, after arguing with his girlfriend, Draughon shot and killed himself in front of his girlfriend and brother. He was 28 years old. 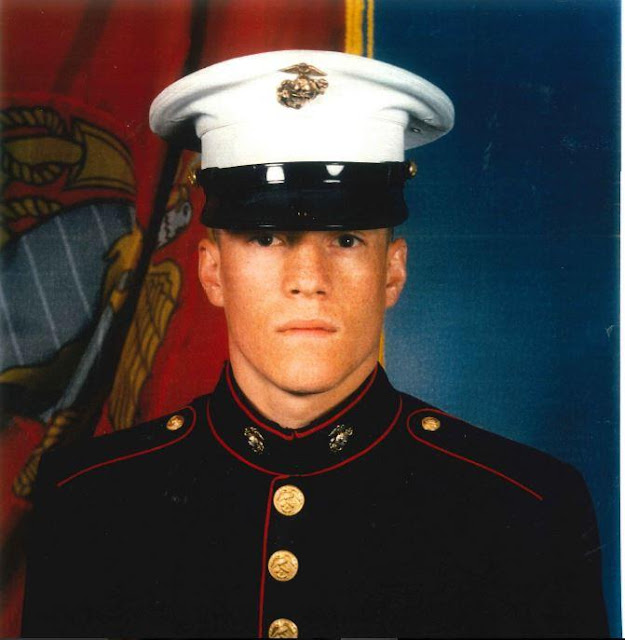 After finding the Veterans Health Administration liable earlier this year for the suicide of an Iraq war veteran, a federal judge has awarded more than $480,000 to his father and two children.

In what was thought to be one of the few verdicts of its kind, U.S. District Judge Julie Robinson ruled in February that the negligence of the VA directly contributed to the death of Cpl. William Draughon of Kansas City.

Draughon was a squad leader and gunner in Iraq for seven months in 2004 before he was honorably discharged from the Marine Corps.

After he returned to the Kansas City area, he began drinking heavily and was diagnosed with post-traumatic stress disorder. During one of several hospitalizations at the Kansas City VA, he’d been flagged as being at high risk for suicide. Although no risk assessment was done, a suicide prevention coordinator at the hospital removed the high-risk flag from his electronic medical records 90 days later.
read more here
Posted by Kathie Costos at 4:43 PM