Alongside the state data sheets, VA also published the National Strategy for Preventing Veteran Suicide, a strategic framework for the nation’s collective efforts to prevent Veteran suicide over the next decade.

The updated 2015 state data sheets offer an analysis of Veteran suicide data by age, gender and suicide method for all 50 states, the District of Columbia and Puerto Rico.

Both the individual state data sheets and the National Strategy for Preventing Veteran Suicide underscore the fact that suicide remains an important national public health concern affecting both Veterans and non-Veterans in every state. The state data sheets serve as a critically important tool that helps VA and its partners at the state and community levels design and execute the most effective suicide prevention strategies.

“VA is working hard to prevent suicide among all Veterans, including those who do not, and may not ever, use VA services and benefits,” said Acting VA Secretary Peter O’Rourke. “Our work is driven by data that inform our efforts and our partners’ efforts to prevent suicide through a national public health approach.”

Suicide is a complex public health issue. While there is no single explanation for disparities in suicide rates between states, differences in population size, health-care access, and firearm policy are relevant considerations. The interaction of these factors further highlights the need for a coordinated approach to suicide prevention that involves the broader community to support Veterans before they reach a crisis point.

The National Strategy for Preventing Veteran Suicide reflects VA’s vision for a comprehensive approach to suicide prevention that involves different sectors working together to build effective networks of support, communication and care, reaching Veterans where they live and thrive. VA is leading efforts nationwide to understand suicide risk factors, develop evidence-based strategies and identify and care for Veterans who may be at risk for suicide.

“The National Strategy for Preventing Veteran Suicide is more than a strategic plan — it’s a call to action,” said Dr. Carolyn Clancy, executive in charge of VA’s Veterans Health Administration. “Only about half of the approximately 20 million Veterans in the U.S. receive VA benefits or services. To end Veteran suicide, we need organizations across sectors to adopt the strategy’s framework and join us in delivering support to all Veterans.”

Healthy and Empowered Veterans, Families, and Communities
Clinical and Community Preventive Services
Treatment, Recovery and Support Services
Surveillance, Research and Evaluation.
“An example of VA’s efforts include a ‘Mayors Challenge’ where we work in collaboration with 8 cities –teaching local stakeholders how to develop evidence based practices for suicide prevention strategies locally,” said Dr. Keita Franklin, VHA’s Suicide Prevention Program executive director. “We have made great strides in suicide prevention by expanding existing programs and launching new ones, but we are always looking for new, innovative ways to connect Veterans with support and care – and those efforts are guided by data.”

VA and its partners are already putting this strategy into practice across a variety of initiatives. In recent months, VA has undertaken substantial new efforts, including:

Expanding the Veterans Crisis Line
Creating new cross-sector partnerships
Implementing the Joint Action Plan for Supporting Veterans During Their Transition From Uniformed Service to Civilian Life
Launching SAVE online suicide prevention training
Veterans who are in crisis or having thoughts of suicide, and those who know a Veteran in crisis, should call the Veterans Crisis Line for confidential support 24 hours a day, seven days a week, 365 days a year at 800-273-8255 and press 1, chat online at VeteransCrisisLine.net/Chat, or send a text message to 838255.

Reporters covering this issue are strongly encouraged to visit www.ReportingOnSuicide.org for important guidance on how to communicate about suicide.


*******
Editor's remark
It is going to take all of us to make sure the VA, DOD and Congress change what they have been doing because it has not been working as their own numbers have shown!

Considering that there is still debate going on over taking the "D" out of PTSD, as if that letter is worse than what caused PTSD in the first place, that is the first step.
We need to get them the message to #TakeYourLifeBack and heal. 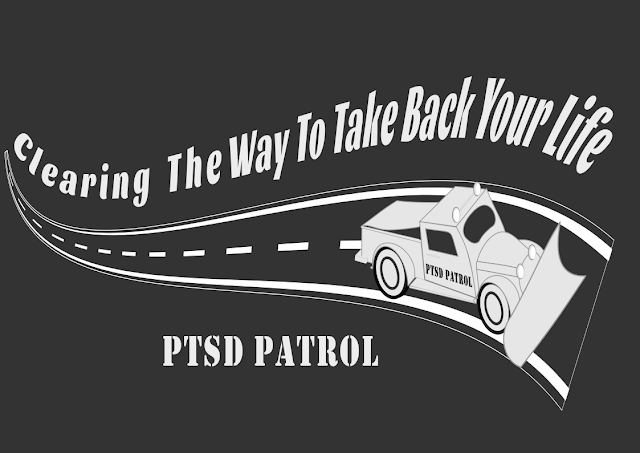 Posted by Kathie Costos at 6:07 PM