Texas Vet's Service Dog Who Worked With Him at Lowe's Died
The Golden Retriever was a customer favorite at the store
By Holley Ford
August 3, 2018


Luthy recently posted on his Facebook page that his beloved companion had passed away.

A Texas veteran's service dog who gained fame when she was hired to work at Lowe's has died. 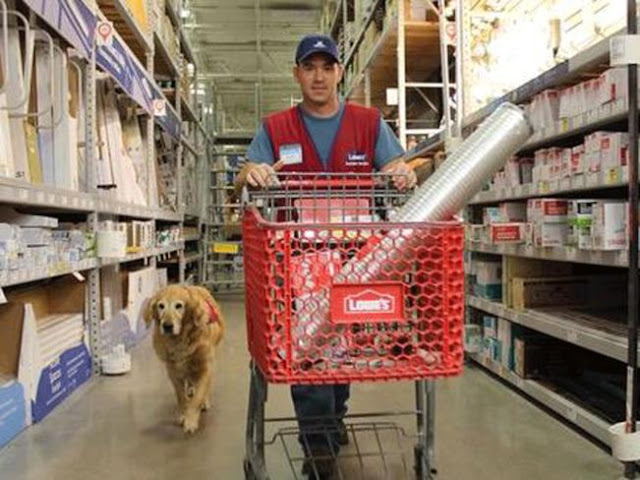 Original report from 2016
Posted by Kathie Costos at 5:24 PM