Four Police Officers among the wounded in Pittsburgh

"First responders prevented the shooting from becoming a worse tragedy, and the injured have been taken to three area hospitals with level one trauma centers. Without their courage, this tragedy would have been far worse." Alleghany Public Safety Director Wendell Hissrich 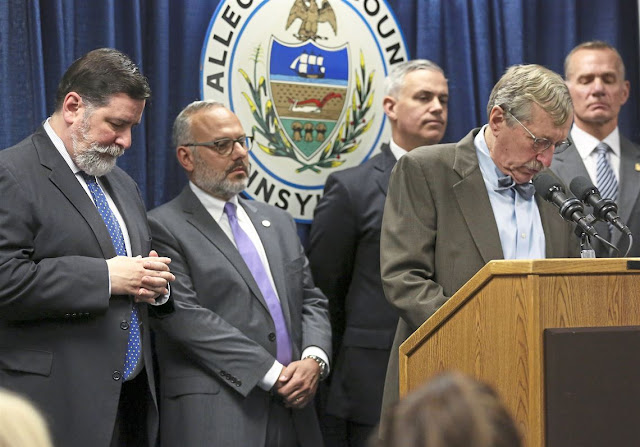 The 11 people killed inside a Squirrel Hill synagogue Saturday included a husband and wife and two brothers, authorities said Sunday.