“When you lose something that you’ve always been with, you feel like, ‘Alright, maybe I’m a little bit less. Maybe I’m not as important.’ I found out by making other people feel better and engaging with other people, it kind of took the place of my legs, you know?” said King. 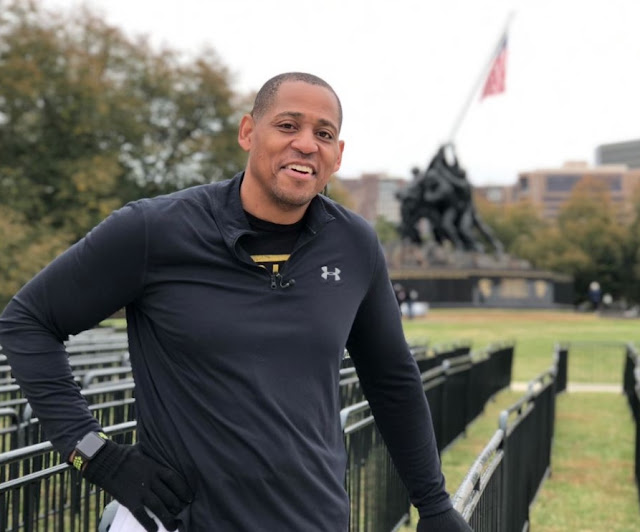 Cedric King (Victoria Sanchez ABC7)
WASHINGTON (ABC7) — The Marine Corps Marathon will host 30,000 people from 64 counties Sunday morning. One of those participants is already inspiring others before the race starts.

Cedric King always has time to talk. Even when the former Army Sergeant Major is gearing up for this weekend’s 10K at the Marine Corps Marathon.

“What’s going on, man? You’ll be out there?” said King to a man walking near the U.S. Marine Corps Memorial.