Since its launch, RESTORES trauma clinic has treated more than 450 veterans and active-duty personnel, victims of military and civilian sexual trauma, first responders from 20 states and survivors of mass shootings, including Pulse nightclub, according to a news release. 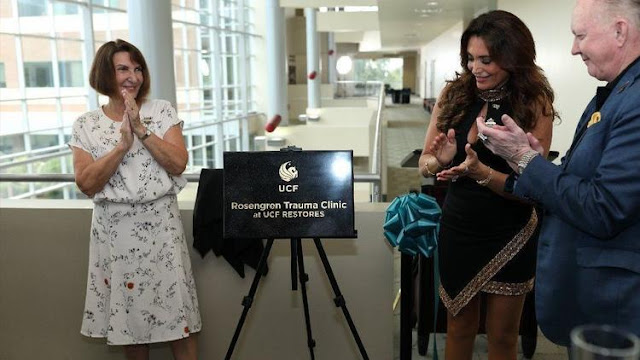 
The Rosengren Trauma Clinic at UCF RESTORES has opened a new clinic at UCF’s regional campus in Cocoa.

This marks RESTORES’ second trauma clinic since it was established on UCF’s main campus in 2011 to treat veterans with PTSD.

“Brevard County has the fourth-largest veteran population in the state of Florida. We’ve had patients from Brevard travel to us in Orlando for treatment, but we know that’s not possible for everyone,” said Deborah Beidel, founder and director of UCF RESTORES and a Pegasus Professor of psychology, in a news release.

Beidel estimated that the new center could treat up to 100 patients in its first year. All treatments are free.
read more here
Posted by Kathie Costos at 4:58 PM