Veteran in crisis faced off with Police Officers twice


“Mr. Aponte-Ortiz served this country admirably and is dealing with issues that are unfortunately not uncommon among servicemen and women,” Elensky said. “We sincerely hope he’s able to get the help he needs and deserves.”


HAINES CITY — The Haines City Police Department was safely able to remove two children from a home after their father became suicidal during the early morning hours Tuesday. 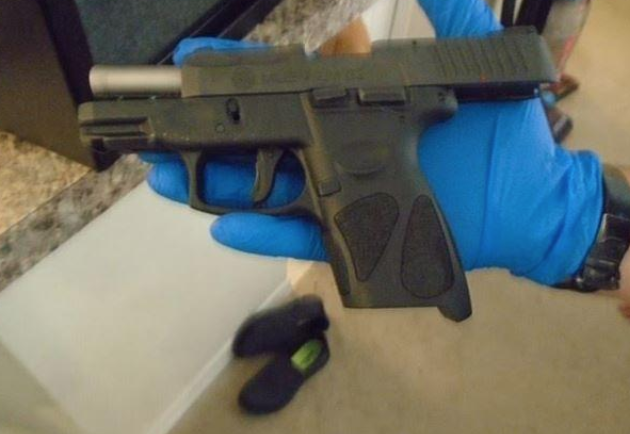 According to police, the 911 call was made about 6:15 a.m. from Lourdes Aponte after her husband, Jose Aponte-Ortiz, 40, armed himself with two handguns and threatened to harm anyone who came into the Patterson Groves home, 9002 Orange Blossom Loop. The wife told police that Aponte-Ortiz is a U.S. Army veteran who suffers from post-traumatic stress disorder.

According to the wife’s account, Aponte-Ortiz saw a shadow in the pantry which caused him to arm himself with at least two handguns. She also told police that she feared he would harm himself.

According to police, Aponte-Ortiz placed a bulletproof vest on himself and walked outside with guns pointed downward, but immediately shut the door and went back inside the home. Police used a speaker to try to lure the man out of the residence. He eventually walked outside, placed the firearms on the ground and walked backwards to police and was taken to Winter Haven Hospital under the Baker Act.


Aponte-Ortiz was released from the hospital about 3:30 p.m. after a psychiatric evaluation. More than an hour later, a risk protection order was obtained but Aponte-Ortiz was not found to be served, according to police. He has no criminal history.
read more here

AND THEN IT HAPPENED AGAIN.

Posted by Kathie Costos at 7:00 PM