Who are the veterans you count?

What Makes a Veteran?

On Veterans Day, there will be all kinds of events to honor our military veterans. The term "veteran" can be applied to anyone who has a lot of experience in their field. That would be someone like me, which I never really thought of before. After 36 years, I guess that would be accurate, but it is also in my DNA now. 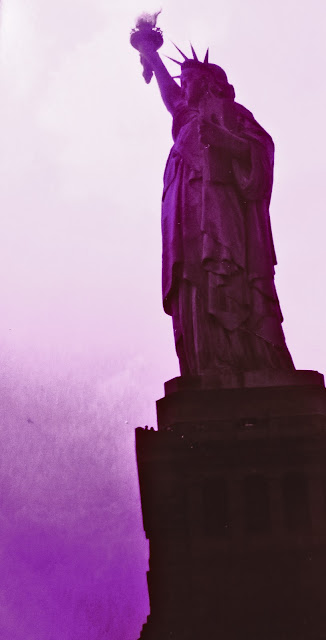 This day is for the veterans who were willing to die for the sake of others. Once we get that into our heads, then maybe, just maybe, we can grieve more than we have for them.

It is all so easy to push a number that is "easy to remember" and defended by those who have no intentions of getting too close to the subject of losing veterans to suicide. After all, that would make them uncomfortable. They would rather make donations and walk away. Do some pushups and have some laughs.

We've covered every subject going back to 2007 when we had the first major report on veterans committing suicide. At the time, it seemed only active duty troops were worthy of reporters attention.

In 2009, we warned about how Comprehensive Soldier Fitness training would increase suicides, and we were right.

We have covered just about everything there is to know on our veterans since the day this site started.

One thing we did not cover much was "Who is a veteran" because there does not seem to be an answer that would do any of those who served justice.

Yesterday we touched on how any service member without an "honorable" discharge, cannot call themselves a veteran. Some have been fighting to make sure that those who have been experiencing mental distress and acted out, are having their discharges reviewed.

There are even more. If someone served in the National Guard or Reserves, but were not deployed into combat, then they would not be able to be called "veteran." Apparently being sent into some of the worst conditions following a natural disaster, or on humanitarian missions into other countries, is not worth mentioning.

According to Social Security


The term “veteran” means a person who served in the active military, naval, or air service, and who was discharged or released therefrom under conditions other than dishonorable.

It appears that the Social Security Administration did not update their definition of what a veteran is.

ARLINGTON, Va. – A recently signed law gives official veteran status to National Guard members who served 20 years or more. Previously, Guard members were considered veterans only if they served 180 days or more in a federal status outside of training.

"As long as you were deployed on active duty for at least 180 days and you didn't get a dishonorable discharge or a bad conduct discharge coming off those orders, then you could be considered a veteran," said Army Sgt. Maj. Matthew Krenz, a legislative liaison at the National Guard Bureau who provided background information to Congressional members working on the bill. Prior to the new law's passage, even if  Guard members served for 20 years or longer they were not deemed veterans unless they served on active duty. That included those serving in an Active Guard and Reserve status.


Massachusetts
FEDERAL DEFINITION: under Federal Law a VETERAN is any person, who served honorably on active duty in the armed forces of the United States.
(Discharges marked GENERAL AND UNDER HONORABLE CONDITIONS also qualify.)

Full time National Guard duty is only considered such when National Guard members are activated to regular service and does not include weekend drills or active duty for training Minimum Service Exception (for Death or Disability) It is not necessary that an applicant have completed the minimum service for wartime or peacetime campaign if he/she served some time in the campaign and was awarded the Purple Heart, or suffered a service-connected disability or died in the service under honorable conditions. Training Duty Exception – Active service in the armed forces as used in this clause shall not include active duty for training in the Army or Air National Guard or active duty for training as a Reservist in the Armed Forces of the United States.
Just to give you an idea of how confusing this all is, this is a report from the National Guard.

“Suicide is a permanent solution to a temporary problem that doesn’t end the chances of life getting worse, it eliminates the possibility of it ever getting any better.” Military-Suicide Statistically, we will see 90+ of our Brothers and Sisters in Arms make the wrong decision in the upcoming year. Take some time this UTA and be a Leader. Talk to your fellow Soldier or Airman and find out how they are doing after the Holidays. It is more important than anything you can possibly do on a computer or the paperwork on your desk. Thirty-two National Guard members killed themselves during the third quarter of last year, according to the Pentagon’s latest report released Monday.

With statistics still waiting to be compiled for the final three months of 2015, the Guard suicide figure for the year seems likely to top that of 2014, when 91 Guardsmen killed themselves.

After nine months in 2015, the figure was at 89, with 18 citizen-airmen and 71 citizen-soldiers taking their own lives.

Throughout the military, the latest report shows 142 suicides in the third quarter of 2015, with 72 in the active component and 70 in the reserve component, up from 105 for the same period in 2014.

The biggest increase for the years was in the Army Reserve, which endured 42 suicides in 2014, but had reported 48 after nine months in 2015.

Do you still want to use a number to cover the veterans who could not count on us when we cannot even count the number of veterans we counted on?

There is still much we do not know. On Veterans Day, consider all that you have learned over the last few days and maybe, just maybe, that number you hear, will be one that begins a conversation that is actually worthy of all those who are not here anymore to thank for their service.

UPDATE
Just got a reminder about this group of veterans.

Veterans released from prison are five times as likely to attempt suicide as their peers who have never been incarcerated, report UConn Health researchers in an article slated for publication in the November 2018 print edition of the American Journal of Geriatric Psychiatry.

"People over 50 are the fastest growing segment of the prison population, and most of them will eventually be released," says UConn Health epidemiologist Lisa Barry.

Regardless of a person's age, release from prison increases the chance of death in the years immediately afterward. But older prisoners tend to have fewer friends and family around when they get released, and may find it even harder to reintegrate into the workforce than the average ex-prisoners, with the double stigma of being a former prisoner and being old.
read more here
Posted by Kathie Costos at 5:07 PM