CLEARWATER, Fla. (FOX 13) - Early Saturday morning, a deputy with the Pinellas County Sheriff's Office took his own life in the backyard of his Clearwater home.

Deputy Carlos Felipez, 46, had served on the force since February of 2014. He died as a result of a self-inflicted gunshot wound. 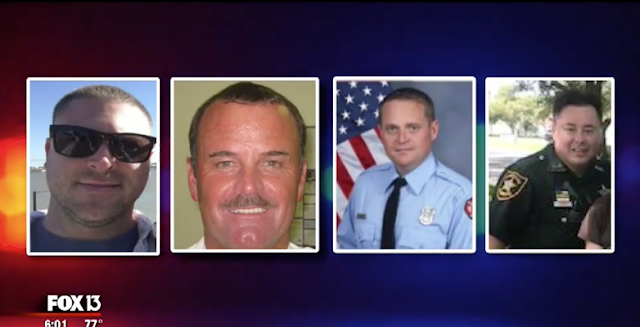 His death is now the fourth first responder suicide in the Tampa Bay Area since September. The tragedy has brought to light the challenges first responders take home with them each and every day, and the last effect those challenges have.

"They see things that none of us really ever want to see or have to experience. So to know that they're going from call to call to call that can really add up and take such a huge toll on them," said Clara Reynolds, CEO of the Crisis Center of Tampa Bay.

It was reported that in 2017, 243 police officers, deputies, and firefighters committed suicide.
read more here