Happened at the VA while I was away

By all accounts, 2018 has been an eventful year and it has been especially so for veterans. As noted by the departing chairman and soon to be ranking member of the House Veterans’ Affairs Committee, Phil Roe (R-Tenn.), the House passed more than 80 veterans bills, 30 of which were signed into law.

Many of these laws centered around creating a culture of transparency and accountability for the Department of Veterans Affairs (VA).

To this end, the year 2018 is also significant for veterans because it is the 30th anniversary of VA being elevated to a Cabinet department. In 1988, when the Department of Veterans Affairs Act was being considered before Congress, John Glenn (D-Ohio), the chairman of the Senate Governmental Affairs Committee, stated that he wanted VA’s elevation to Cabinet status to be more about substance than symbolism.

At the time, the stated goal of those in favor of elevating VA to a Cabinet department was to bring more accountability to VA, at a time when a House Government Operations Subcommittee investigation found that “[i]nternal VA reports indicate that the VA has covered up serious deficiencies” in its processes.
read more here


History lesson
1930The Veterans Administration was created by Executive Order S.398, signed by President Herbert Hoover on July 21, 1930. At that time, there were 54 hospitals, 4.7 million living veterans, and 31,600 employees.
1933The Board of Veterans Appeals was established.
1944 On June 22, President Roosevelt signed the Servicemen's Readjustment Act of 1944. (Public Law 346, was passed unanimously by the 78th Congress). This law offered home loan and education benefits to veterans.
1946The Department of Medicine and Surgery was established, succeeded in 1989 by the Veterans Health Services and Research Administration, renamed the Veterans Health Administration in 1991.
1953 The Department of Veterans Benefits was established, succeeded in 1989 by the Veterans Benefit Administration.
1973 The National Cemetery System (except for Arlington National Cemetery) was transferred to the VA.
1988Legislation to elevate VA to Cabinet status was signed by President Reagan.
1989March 15. VA became the 14th Department in the President's Cabinet.
Stunning to think that after all these years, the VA has not gotten it right. Not so stunning when you consider how many years members of congress have been trying to kill it so they can sell out the care of disabled veterans.

Yes, too many keep forgetting that part. They became disabled serving the country that promised them they would be cared for if they needed it.

As for the selling out of our veterans, they used to be ashamed to admit that was what they wanted to do. Imaging the gall of philistines being proud to break that promise. Oh, but alas, too many of them feel it is more worthy to pay back rich backers for their support instead of keeping the one promise that should never be negotiable or sellable.

The only way to achieve their dirty desires was to make sure the VA did not work right and then veterans would demand change. This was not the change they wanted.

Both the House and Senate Veterans Affairs Committees are concerned perpetual turnover among the top and middle leadership ranks at the Department of Veterans Affairs is putting the agency’s key priorities, including upcoming changes to VA community care and suicide prevention programs, in jeopardy.

VA has nearly six months to set the parameters for how and where veterans can receive community care in lieu of treatment from the agency. The VA MISSION Act, which President Donald Trump signed into law over the summer, gave the department until June to implement the new veterans choice program.

Members of Congress have their eyes on the criteria, because it’ll ultimately dictate just how freely veterans will be able to tap into community care — and how much the program will cost the department to administer.

The previous legislation, the Veterans Choice, Accountability and Transparency Act of 2014, allowed veterans to visit a community provider if they lived 40 miles away from the closest VA medical facility or if they had been waiting 30 days or longer for VA care.
read more here 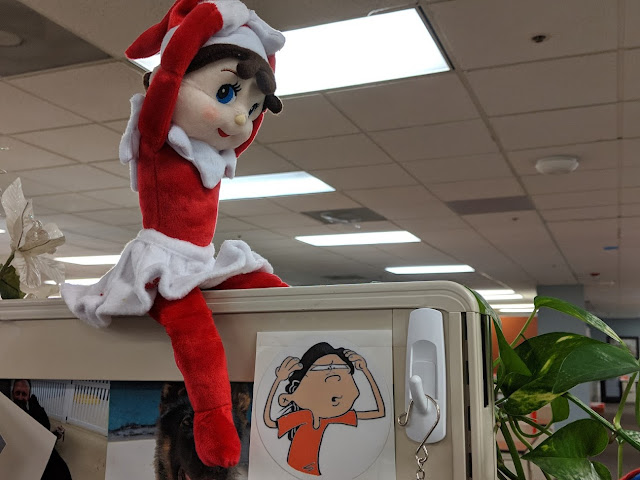 Posted by Kathie Costos at 7:44 PM